Jet Airways, SpiceJet to be questioned on Boeing B737 MAX planes after Ethiopian crash 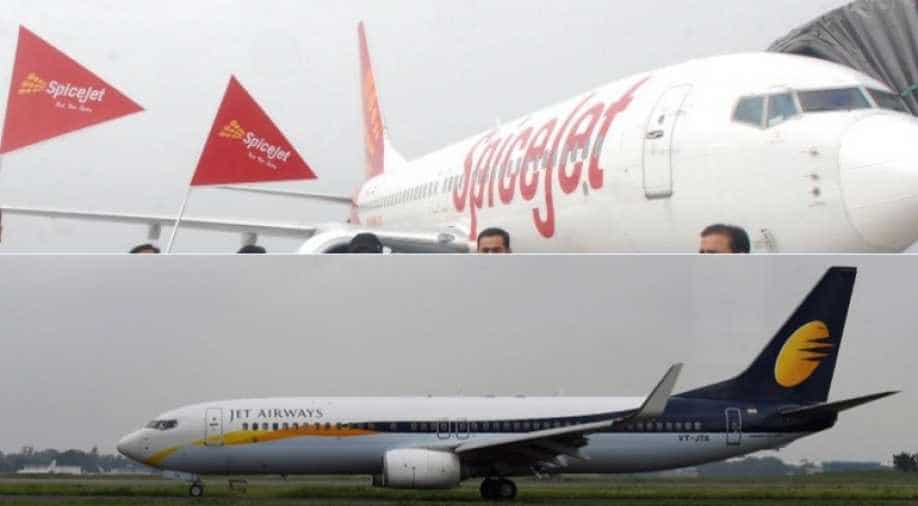 At least 149 passengers, including Indians, were killed when a Boeing 737 MAX plane operated by Ethiopian Airlines crashed.

For the second time in less than six months, a Boeing 737 MAX 8 has crashed minutes after takeoff and killed everyone on board, raising fresh questions about the safety of a model that is crucial to the US giant's future plans.

On Sunday, the 157 passengers and crew members of a 737 MAX operated by Ethiopian Airlines were killed. It was the same model as the plane that crashed in Indonesia in October, claiming the lives of the 189 people it carried.

Aviation regulator DGCA will seek information from Boeing as well as Jet Airways and SpiceJet operating Boeing 737 MAX aircraft in the wake of the plane crash in Ethiopia, according to a senior official.

The Directorate General of Civil Aviation (DGCA) would seek information from plane maker Boeing and Indian carriers operating Boeing 737 MAX planes in India, according to the official.

It was the second crash of the 737 MAX, the latest version of Boeing's workhorse narrowbody jet that first entered service in 2017.