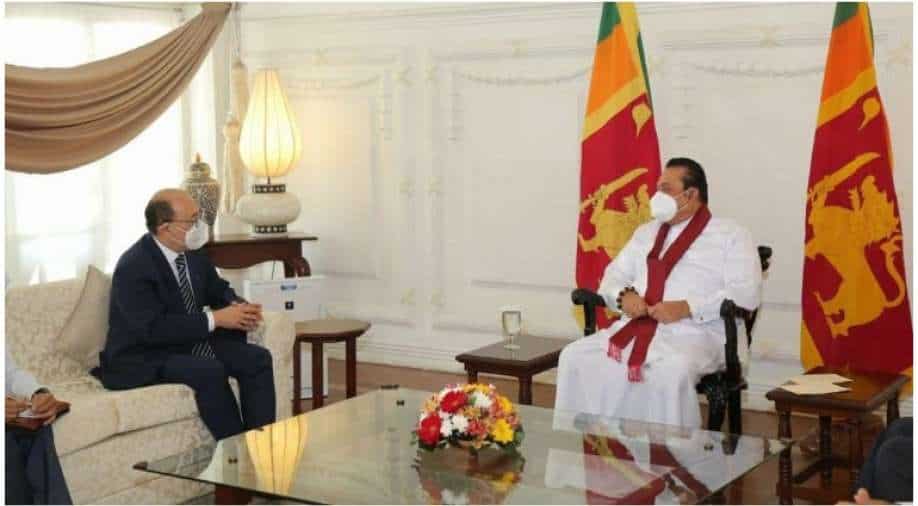 India has announced a $15 million grant for promotion of Buddhist ties with the Indian Ocean island country. During the meeting, Shringla said that India is looking forward to receive the first pilgrims as they take flight from Sri Lanka to the Kushinagar airport. Kushinagar in India is the place where it's believed that Buddha attained Mahaparinirvana and is an important international pilgrimage center.

Later at Temple Trees, the official residence of Sri Lankan PM, he handed over 1235 houses to beneficiaries under Indian Housing Project--Phase3. The project is part of India’s biggest grant assistance project in Sri Lanka for the construction of 50,000 houses at a cost of Rs 1372 crore across the country. 4000 houses are to be built, with 3500 already constructed.

India is renovating 27 schools in Northern Province, with 22 buildings including the Vada central ladies college already handed over.

Calling the project as "an integral part of our development cooperation partnership", foreign secretary highlighted that "these projects employ local companies and invariably use Sri Lanka material and labour in their execution."

He also pointed to India's support to Sri Lanka amids the pandemic, saying, "The Indian Navy also deployed its assets for rapid delivery of medical grade oxygen to Sri Lanka in August to deal with its Covid situation".

"During the Covid pandemic period, India kept its air space open for travel for specific and urgent medical needs of Sri Lanka," he added.

During his stay, Shringla also met delegation from Ceylon Workers Congress, Tamil Progressive Alliance and Tamil National Alliance. These are the parties that represent the minority Tamils in the country.

A tweet from the Indian High Commission in Sri Lanka said, that he "emphasized India's commitment to protecting the rights of Tamils through full implementation of the 13th amendment, early convening of Provincial Council elections, achieving reconciliation and establishing connectivity to India."

The 13th amendment of Sri Lanka constitution is an outcome of 1987 Indo Sri Lanka accord signed between Indian Prime Minister Rajiv Gandhi and Sri Lankan President JR Jayewardene that aims devolution of powers to the provinces and to protect rights of Tamil minorities in the country.

This is foreign secretary's first visit to the country in his present capacity. He started the visit over the weekend, visiting the iconic Jaffna cultural center built with Indian grant assistance, Oil tank farms at Trincomalee. He also offered prayers at Sri Dalada Maligawa, a famous temple in Kandy that houses the relic of the tooth of Buddha. He will be meeting the Sri Lankan President Gotabaya Rajapaksa later today.