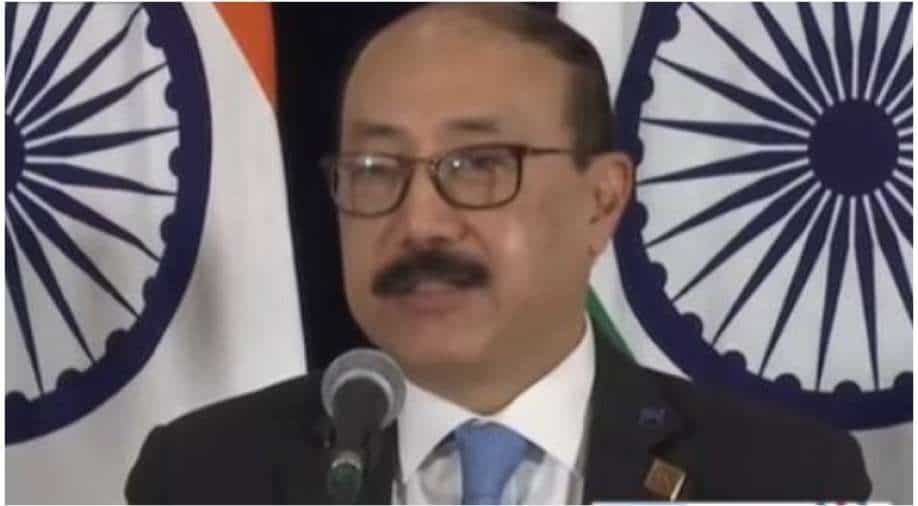 Foreign Secretary Harsh Vardhan Shringla on Saturday began his four-day visit to Sri Lanka during which he will meet the top leadership, including President Gotabaya Rajapaksa and Prime Minister Mahinda Rajapaksa, and review the bilateral ties between India and the island nation.

Shringla arrived today at the invitation of his Lankan counterpart Jayanath Colombage, the foreign ministry said on Saturday.

The visit will contribute towards the long-standing multi-faceted relations and enhance bilateral partnership between the two countries, the ministry said in a press release.

Shringla will also visit the central district of Kandy, eastern port district of Trincomalee and the northern city of Jaffna.

This is his first Lanka visit after assuming the position of foreign secretary in January last year.

The visit of Shringla will provide an opportunity to review bilateral ties, progress of ongoing bilateral projects and ongoing cooperation to tackle Covid related disruptions, the Indian High Commission here said on Friday.

The USD 700 million Build-Operate-Transfer deal is the largest foreign investment ever in the port sector of the island nation, the Lankan government has said.

Announcing Shringla's visit, the Ministry of External Affairs (MEA) on Friday said Lanka occupies a central place in India's 'Neighbourhood First' policy and Shringla's visit signifies the importance both the countries attach to strengthening their close and cordial relations in all spheres of mutual interest.

His visit is taking place at a time when Lanka is reeling under economic hardships and he is likely to assess whether India could extend any assistance to the island nation to tide over the situation.

It is learnt that matters relating to the building of the western container terminal at the Colombo port are also likely to figure during the foreign secretary's visit to the neighbouring country.

In his talks in Colombo, Sringla is also expected to reiterate India's views on the long-pending Tamil issue.

India has been consistently calling upon Sri Lanka to fulfil its commitments to protect the interests of the Tamil community and preserve the island nation's character as a multi-ethnic and multi-religious society.

The Tamil community in Sri Lanka has been demanding the implementation of the 13th Amendment to the Constitution that provides for devolution of power to it. The 13th amendment was brought in after the Indo-Sri Lankan agreement of 1987.