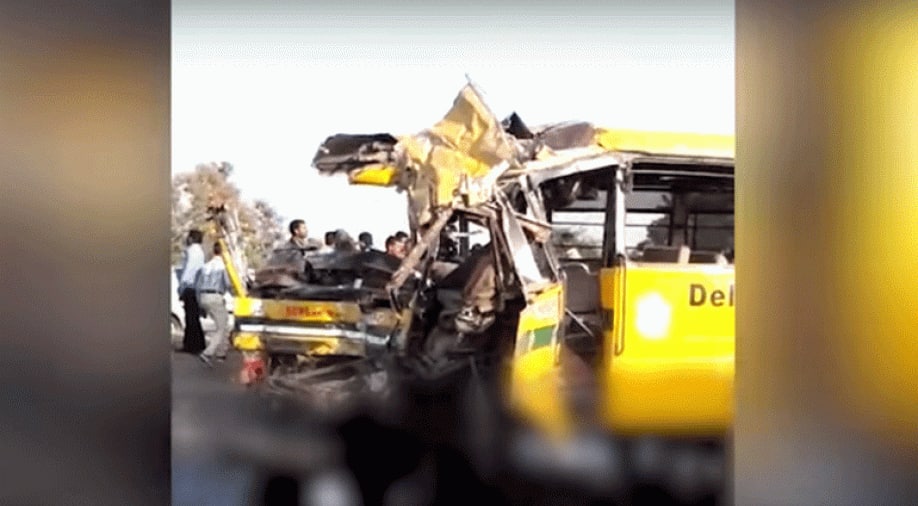 A day after a Delhi Public School (DPS) bus collided with a truck in Madhya Pradesh's Indore killing 5 children, the state's home ministry's investigation report has held the negligence on the part of DPS responsible for the accident.

Police have arrested two people in connection with the incident.

The bus driver was also killed in the accident which took place on Indore's Kanadia Road.

Of the 16 students travelling in the bus, eight suffered injuries.

Home minister Bhupendra Singh had yesterday ordered an investigation into the incident.

Indore District Collector Nishant Warwade said today that a magisterial inquiry has been ordered into the incident.

"The responsibility of schools in such cases would be fixed to ensure children's safety in the future. The government has issued guidelines for schools after a school bus accident in Bhopal. We will fix the responsibility on schools to ensure the safety of children," Warwade told ANI.

"We have asked the police for assistance in the matter and for best medical aid to be given to those injured.