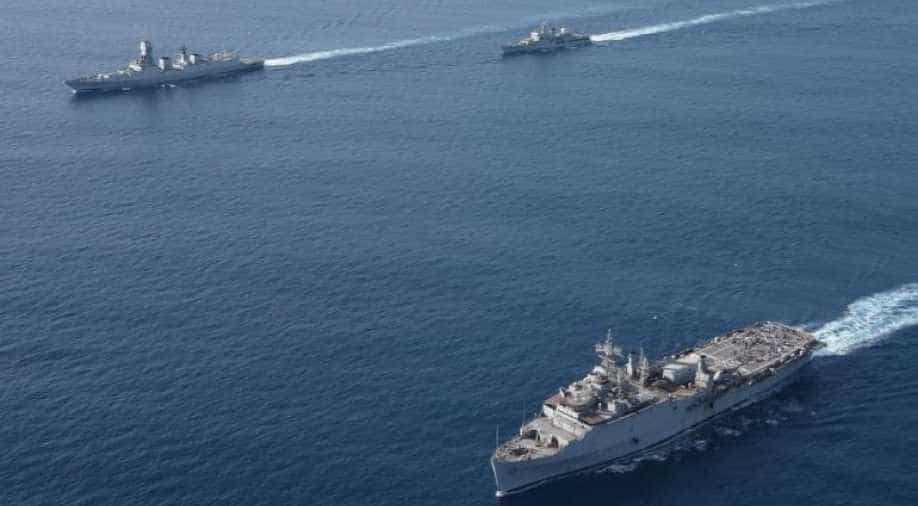 While five repatriation trips were done by ships to Male in the Maldives, two were done to Bandar Abbas in Iran and one was done to Colombo in Sri Lanka under this operation.

The Indian Navy on Wednesday said it has completed Operation Samudra Setu, which began on May 5, by bringing nearly 4,000 Indians back home from three countries amid the coronavirus pandemic.

"Indian Naval Ships Jalashwa (Landing Platform Dock), and Airavat, Shardul and Magar (Landing Ship Tanks) participated in this operation which lasted over 55 days and involved traversing more than 23,000 kilometres by the sea," the Navy said in a statement.

While five repatriation trips were done by ships to Male in the Maldives, two were done to Bandar Abbas in Iran and one was done to Colombo in Sri Lanka under this operation.

"The COVID-19 pandemic has had a significant impact on ships and seafarers due to the compact environment and forced ventilation systems onboard ships," the statement noted.

The greatest challenge for the Indian Navy was to avoid any incident of the outbreak of the infection on board the ships during the evacuation operation, it noted.

Rigorous measures were planned and medical and safety protocols unique to the operating environment of ships were implemented, it mentioned.

"These were strictly followed on board the ships undertaking Op Samudra Setu resulting in the safe return of 3,992 of our citizens to their homeland," it stated.

Ships used for the operation were especially provisioned and the Sick Bay or the clinic on board was specially equipped with COVID-19 related equipment and facilities, the statement said.

This operation was undertaken by the Indian Navy in close coordination with the Ministry of External Affairs, Home Affairs, Health and various other agencies of the government of India and state governments.