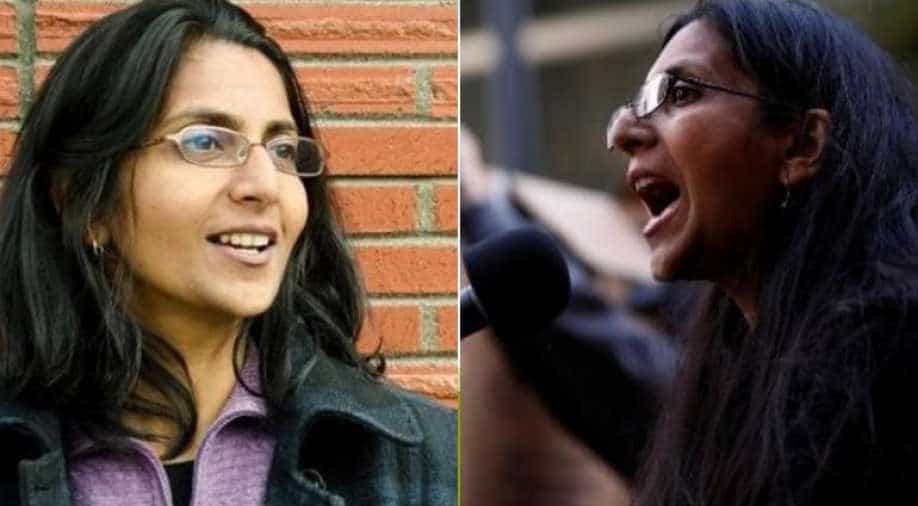 More than 1,000 protesters spent an hour talking about defunding the Seattle Police Department, banning chemical weapon use by police, and railing on Mayor Jenny Durkan, demanding she step down immediately, the report said.

A 46-year-old Indian-American software engineer turned socialist is at the forefront of "Black Lives Matter" protests in Seattle to permanently oust city police officials from the downtown area that has now been designated the "Capitol Hill Autonomous Zone" (CHAZ), according to media reports.

Kshama Sawant, the Seattle City Councilwoman, is encouraging activists in the CHAZ "to hold out on giving back the precinct to cops or allowing officers inside the barricaded region", according to Fox News.

Widespread protests have been taking place for weeks across the US following the death of 46-year-old African American George Floyd in Minneapolis while he was in police custody. Protesters have sparred with police for weeks.

Pune-born Sawant urged protesters to hold strong to the six-block region they've designated a "no cop" zone, the report said.

Kshama Sawant has said she will introduce legislation to convert the precinct into "a community centre for restorative justice."

"Our movement needs to urgently ensure East Precinct is not handed back to police but is turned over permanently into community control. My office is bringing legislation to convert East Precinct into a community centre for restorative justice," she tweeted on Friday.

On Tuesday, she also participated in demonstrations calling to defund the police and allowed over a thousand demonstrators into City Hall in a late-night protest calling for Mayor Jenny Durkan to resign.

She said she did it to show City Hall belongs to the people and she wanted the diverse group of demonstrators to be heard in the halls of power, Komonews.com reported.

More than 1,000 protesters spent an hour talking about defunding the Seattle Police Department, banning chemical weapon use by police, and railing on Mayor Jenny Durkan, demanding she step down immediately, the report said.

Even though social distancing was non-existent, everyone wore masks and the evening remained peaceful. Assistant Police Chief Deanna Nollette also says no laws were broken, so officers did not respond, it added.

Born to Vasundhara and H T Ramanujam in 1973, Ms Sawant grew up in Mumbai where she later studied computer science and graduated with a BS from the University of Mumbai in 1994.

She began to pursue study in economics due to what she described as her own "questions of economic inequality." She entered the economics programme at North Carolina State University where she earned a PhD. She became a United States citizen in 2010.

Ms Sawant joined the Socialist Alternative in 2006 and became a councilwoman in 2013 after defeating a 16-year incumbent Democrat Richard Conlin to become the first socialist elected in a major US city in decades.