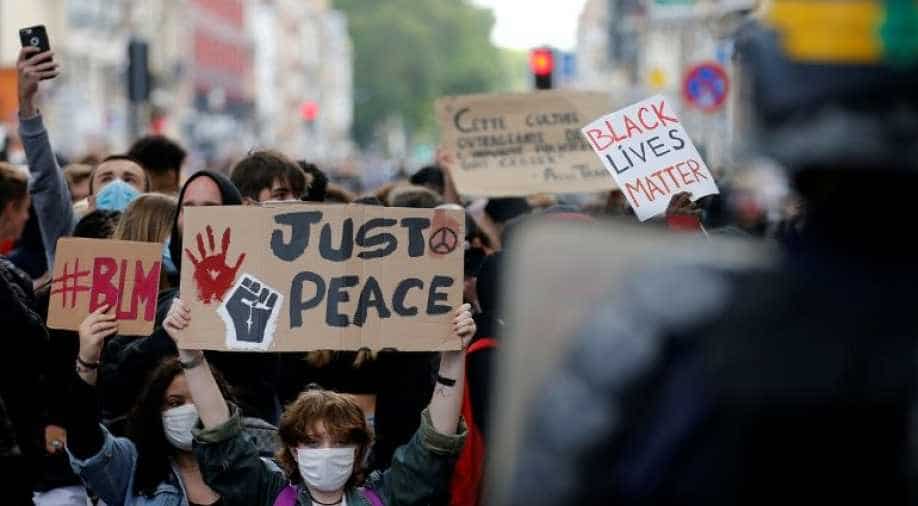 A protester holds a sign during a banned demonstration in memory of Adama Traore Photograph:( Reuters )

The protests over the killing of George Floyd in Minneapolis, United States has reached across the world, where several demonstrators denouncing racism.

And this protest wave has given France a demand justice for Adama Traore, who was also a victim of police brutality and his killing was similar to that of Floyd.

"Adama carried the weight of three officers on his body."

Adama, also a black man like Floyd, ran from the police during an argument over an identity check after he celebrated his birthday on July 19, 2016.

He was nabbed after three police officers pinned him on the ground by using their combined body weight. He died as soon as the officials took him to a police station.

Even after four years, there has not been any prosecution as medical experts still couldn't conclude whether Adama died of police actions or prevailing medical condition.

The protests that have all faded have revived recently in France, sparked by the murder of Floyd.

Last week, thousands in France protested throughtout the week, with chants saying "let us breathe", "no justice, no peace".

Adama's friends and family members are urging for support for holding nationwide protests in France.

"All the light shed on the George Floyd case has served as a reminder of the numerous other victims who died in the same conditions as George Floyd," said actor Almamy Kanoute, who is a part of the campaign that demands justice for Adama.