India has longstanding relationship with Russia: US admiral John Aquilino 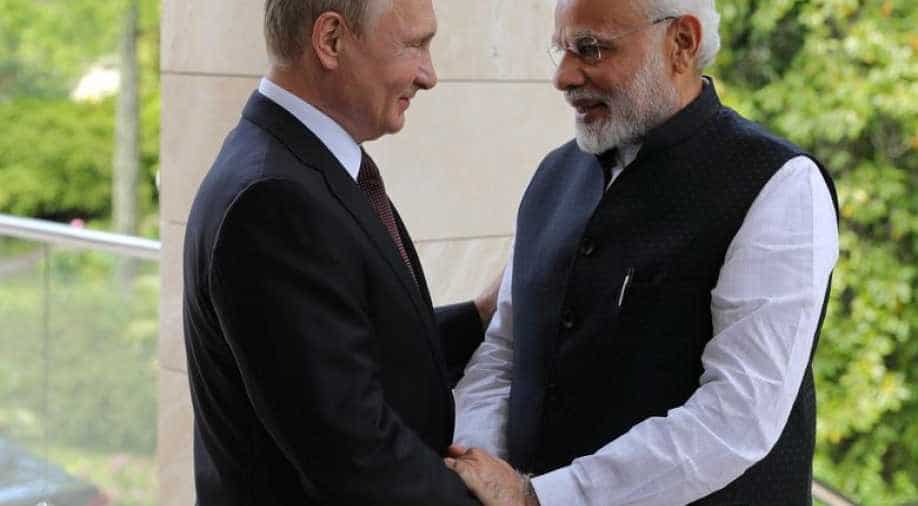 In October 2018, India had signed a $5 billion deal with Russia to buy five units of the S-400 air defence missile systems, notwithstanding warning from the then Trump administration that going ahead with the contract may invite US sanctions

India has had a longstanding relationship with Russia for security cooperation and for armaments and the Biden administration should encourage New Delhi to move away from Moscow rather than take the route of sanctions for the purchase of major defence equipment like the S-400 missile system, a top US admiral has told lawmakers.

Admiral John Aquilino, during his confirmation hearing on Tuesday to be the next commander of the US Indo-Pacific Command or INDOPACOM, was responding to a question from Senator Jeanne Shaheen on India's decision to purchase the S-400 missile system from Russia.

"Should we sanction India if they acquire the S-400?" Shaheen asked.

"I would leave that to the policymakers to determine... I think we certainly should understand where we are with India and I think potentially the encouragement angle in providing alternatives might be a better approach," Aquilino replied.

The S-400 is known as Russia's most advanced long-range surface-to-air missile defence system. The 'Triumf' interceptor-based missile system can destroy incoming hostile aircraft, missiles and even drones at ranges of up to 400 km.

In October 2018, India had signed a $5 billion deal with Russia to buy five units of the S-400 air defence missile systems, notwithstanding warning from the then Trump administration that going ahead with the contract may invite US sanctions.

The US had imposed sanctions on Russia under the stringent CAATSA. The law also provides for punitive action against countries purchasing defence hardware from Russia.

"India is really a terrific partner and as we've seen from the recent Quad discussions, I think the importance of India and the rest of the nations in the Quad will increase.

We're at a balance. However, India has had a longstanding relationship with the Russians for security cooperation and for military equipment," Aquilino said.

"...If confirmed, I would work to continue to encourage India to look at and consider US equipment. Number one, it's the best. Number two, it generates interoperability and makes it easier to work together and I think we should encourage India to do that through all the elements of national power and see where that goes," he told members of the Senate Armed Services Committee.

Responding to another question from Senator Debra Fischer, Aquilino said the work or the effort that India has taken on to protect its northern border amid a standoff with China is noteworthy.

"The fact that the PRC has decided to instigate that skirmish on the northern border is noteworthy to all of us," he said.

"So, the strength of multilateral operations with India and with all allies and partners is certainly a mechanism to add to our deterrents in the region," he added.

"The deadly skirmishes between Indian and Chinese troops underscored the high level of tension along the border and China has made no secret of its ambition to encircle India with military and economic influence. As INDOPACOM commander, how would you approach this dynamic and what do you see as the future of the US-India military cooperation?" Senator Fischer asked.

The border standoff between the Indian and Chinese armies erupted on May 5 last year following a violent clash in the Pangong Lake area and both sides gradually enhanced their deployment by rushing in tens of thousands of soldiers as well as heavy weaponry.

"The work with India, the Quad, as well as all the allies and partners in the region, continues to be the strength and it highlights our ability to ensure that the entire force, the entire region understands the cooperation and the alignment with international norms, standards, rules and laws," the admiral said.

Aquilino said the goal of the Chinese is to supplant US security leadership in the region, be it in the South China Sea or on the northern border of India, and change international rules beyond what the nations agreed to under the 1982 UNCLOS Treaty to their benefit.

"We need to engage with every aspect of national power to be able to compete against the PLA," the US admiral further said.

Be it diplomacy, science or information, every aspect has the ability to generate deterrence, extend cooperation with allies and partners. And that's one example from the military perspective this last year, he said.

Senator Josh Hawley said the Quad appears to be forming the basis for a regional coalition to stand up to Chinese aggression.

"How do you see the Quad contributing to deterrence in the Indo-Pacific now and in the future?" he asked.

"It is extremely important when you look at India as the world's largest democracy, combined with three other nations (that) have shared values and beliefs. When an organisation of that magnitude comes together, it would generate concern for anyone with an opposite opinion," Aquilino said.

Quad countries - the US, India, Australia and Japan - held their first summit on March 12 during which President Joe Biden told leaders of the coalition that a "free and open" Indo-Pacific is essential to their countries and that his country was committed to working with its partners and allies in the region to achieve stability.