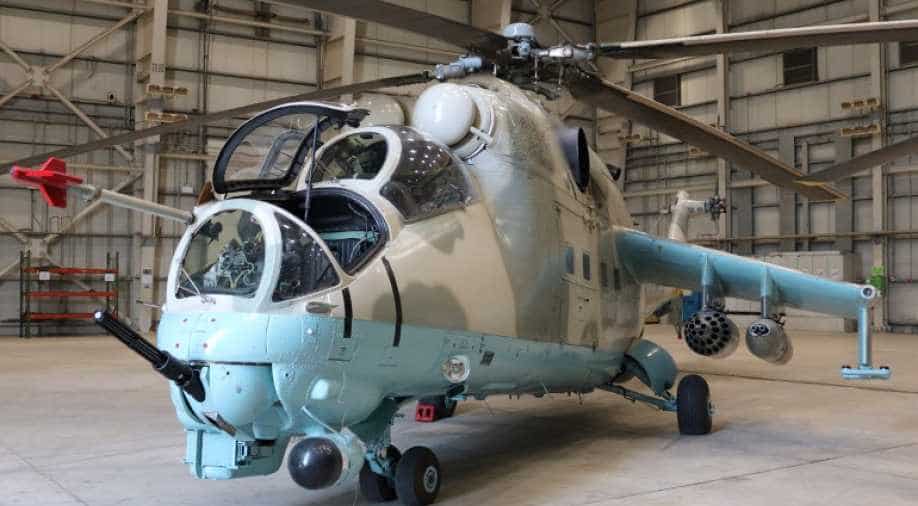 The helicopters are replacement of the four attack helicopters gifted previously by India to Afghanistan in 2015.

A release by the Indian mission in Afghanistan said, "helicopters shall boost the capability of the Afghan Air Force" and enhance the "effectiveness of the Afghan national fefence and security force in combating the scrouge of terrorism"

During Prime Minister Narendra Modi's visit to Afghanistan on 25th December 2016, New Delhi had gifted four Mi 25 attack helicopters to the Afghan Air Force. It was during this visit PM Modi had inaugurated the Afghan Parliament, which was built by India.

Former Indian envoy to Afghanistan, Amar Sinha speaking to WION on the development said, "India's supply of two more Mi 24 helicopters is in line with our policies and commitments to Afghanistan."

Explaining further Sinha said, "It is also a symbol of trilateral cooperation with Belarus as the third country which made these available for use by ANSF"

Amar Sinha was the Indian ambassador to Afghanistan in 2016 when the four Mi 25 attack helicopters were gifted to the landlocked South Asian country.

India is currently providing assistance to Afghan National Defence and Security forces (ANSF) by training the personnel and in the past has trained Afghan pilots as well.