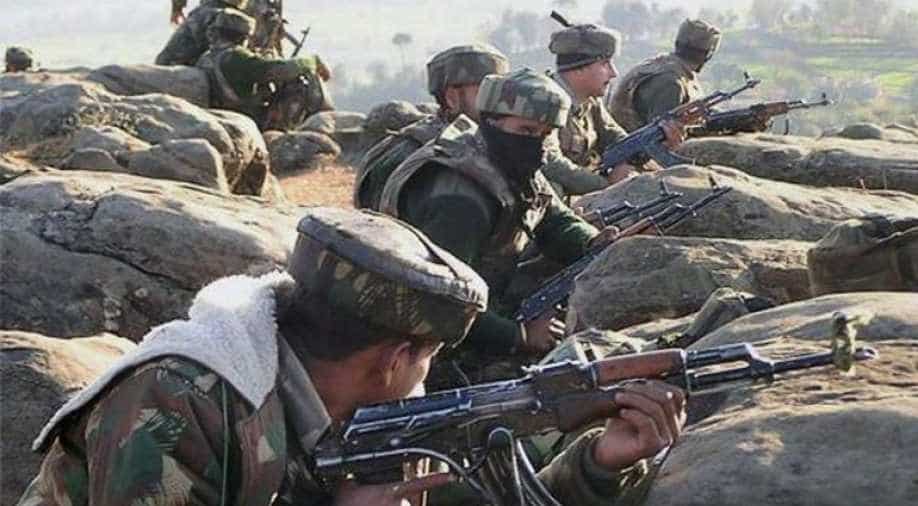 The BSF and Pakistan Rangers today held a flag meeting along the International Border (IB) here during which India registered its strong protest on the recent spate of firing from Pakistan, asserting that such "provocative" acts would "not be tolerated".

The Border Security Force said the sector commander-level meeting took place in Suchetgarh area of the border "on the request" of the Pakistani side.

A similar request by the Indian side was "not responded to" by the Rangers a few days back, official sources had said.

Thirteen persons -- seven civilians and six security personnel -- were killed and 65 others injured in Pakistani shelling along IB and LoC in Jammu region in the last 10 days.

The meeting was the first between the two sides since "heavy shelling and firing was experienced on the IB during the last week", the border guarding force said in a statement.

"During the meeting, the BSF strongly objected to (Pakistan's) dastardly acts of sniping at its two soldiers on January 3 and 17 and further unprovoked firing and shelling targeting a number of Indian villages, innocent civilians and their properties.

"The BSF conveyed strong protest with message that such provocative acts are unacceptable and will not be tolerated," the statement said.

During the last week, the statement said, the BSF "successfully foiled a number of infiltration attempts from the Pakistani soil, including neutralisation of one intruder who tried to infiltrate on January 4 in the Arnia Sector."

The BSF had fired over 9,000 rounds of mortar shells across the Jammu IB in the last few days as part of "pinpointed" retaliatory action against this "unprovoked" firing from across the border.

It said it had destroyed firing positions and fuel dumps of the Pakistan Rangers at multiple places.

Senior officials of the force and in the Union home ministry in Delhi had said that the situation along the 190-km IB here was "very tense" as Pakistan had "opened" heavy fire in the entire stretch since last evening.

The BSF Director General (DG), who recently toured the area, had said that the situation along the IB here was "very tense" and his men were on a high alert.

The last such meeting of sector commanders of the two sides was held on September 29 last year.