Days after attack on Swiss couple, German tourist assaulted in UP 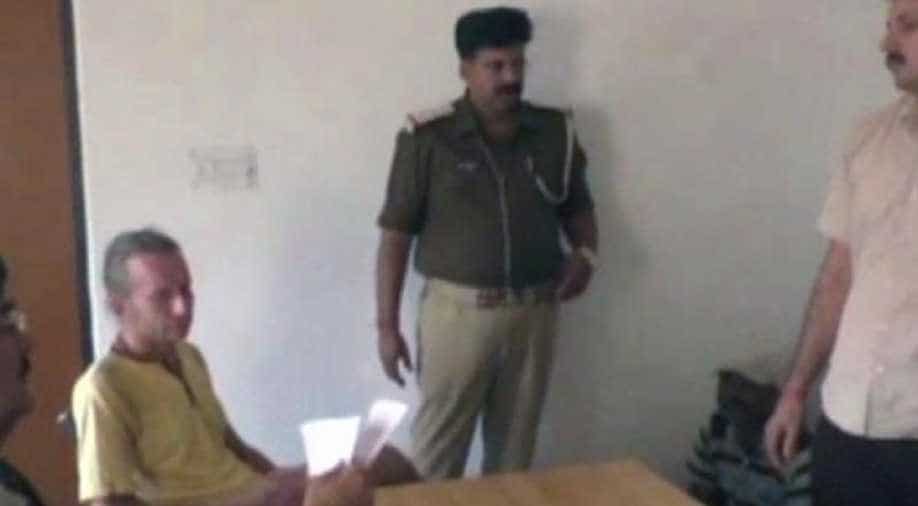 After getting off a train, the German was looking for directions at the stations to go to Agori fort for his research when Aman Kumar greeted him. The tourist didn?t respond and Kumar was offended.

Few days after an attack on Swiss couple, another tourist has been allegedly assaulted in Uttar Pradesh.

A German national was beaten up by a man at Robertsganj Railway Station in Sonbhadra district of Uttar Pradesh because he inadvertently ignored a man's greeting.

The police have arrested the accused identified as Aman Yadav further investigation in the case is still underway.

The German Tourist Holger Erik, a Berlin native, was referred to Mirzapur hospital for treatment.

After getting off a train, the German was looking for directions at the stations to go to Agori fort for his research when Aman Kumar greeted him. The tourist didn’t respond and Kumar was offended.

Kumar then pushed him to the ground and slapped him a number of times, police said.

Meanwhile, the accused claimed innocence and alleged that he was punched by the German first. "I am innocent, the German national punched me when I said 'Welcome to India'. He even spat on me," he added.

This is the second attack on foreign tourists in Uttar Pradesh in a fortnight after a Swiss couple Quentin Jeremy Clerc and girlfriend Marie Droz was thrashed at Fatehpur Sikri on October 26.

Following the incident. Uttar Pradesh Director General of Police Sulkhan Singh had issued a list of guidelines, including the deployment of policemen in plain clothes, more patrolling and installation of CCTV cameras, to prevent such incidents in the future.