Pooja Bhatt calls out Big B's silence over Kathua rape case, gets trolled for being an 'alcoholic' 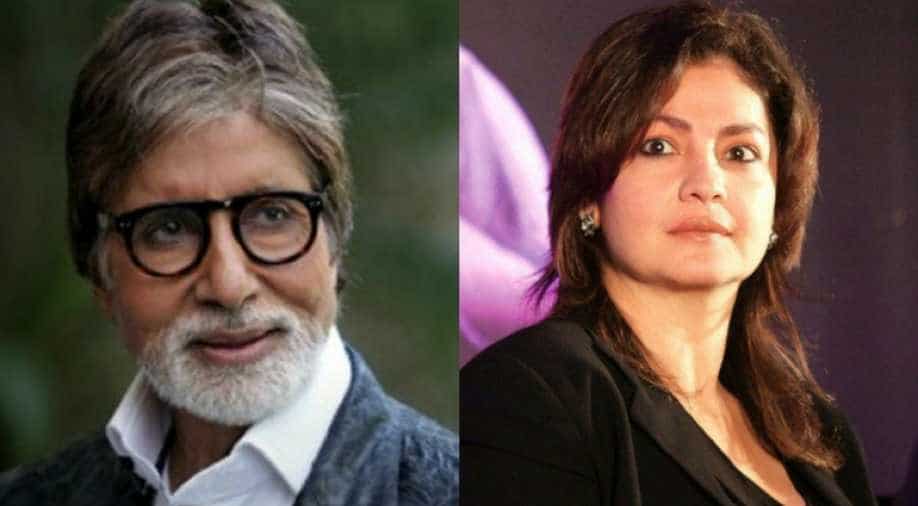 We all expect celebrities to comment and take a stand on burning issues. While celebrities are idolised in our country, they are still entitled to reserve their comment on matters that they do not want to speak about. Amitabh Bachchan, known to comment on various topics, chose to remain silent on the alleged rape case of an 8-year-old that took place in Kathua, Jammu and Kashmir.

During an event of his upcoming film '102 Not Out', Big B was asked to comment on the horrific case. But the actor chose to not react and said instead, " Mujhe uss vishay par charcha karne mein ghinn aati hai. So uss vishay ko uchhalo mat (I feel disgusted to even discuss this issue. So, please don’t bring this up. It is terrible to even talk about it).” For many of his fans, his reaction did not go down too well, including actress Pooja Bhatt.

Bhatt took to Twitter and giving reference to Big B's film 'Pink', called out the superstar's silence on the matter. And while Big B chose to ignore the tweet, some of his fans started trolling the actress.

I can’t help being reminded of a film called #Pink. Can our images on screen please be reflected in reality? ? https://t.co/JHnc8PLDXY

One of user wrote, "A seasonal insect and a known alcoholic trying to gain publicity by using the name of a legend."But Pooja handled the trolls like a boss and managed to silence them well. She wrote, " A ‘recovering’ alcoholic and proud of it. In a country where people don’t even acknowledge they have a drinking problem, let alone discuss it, I am grateful to stand away from the crowd that considers holding your frailties to light shameful. #485dayssober.”

A ‘recovering’ alcoholic & proud of it!In a country where people don’t even acknowledge they have a drinking problem,let alone discuss it I am grateful to stand away from the crowd that considers holding your frailties to light shameful. #485dayssober ?? pic.twitter.com/xDDFW0rD2j

Another user tweeted, “Only brainless thakelis like Pooja Bhatt would even think of comparing movie roles or fictional stories to real life issues… Obviously… living with too much make up & falsehoods drives her stupidity…”, to which the actor’s reply was, “Yawn(sic)”

The actress has been quite open about her battle with alcoholism. She has in the past written about her struggle on social media.

‘Daddy’ was commissioned by the national broadcaster, Doordarshan. Brave of them considering the inherent theme was alcoholism, a topic still considered taboo in our country.The fact that ‘Daddy’ was rooted in my father’s alcoholism is no secret. He himself has openly spoken about it, time and again. But who would have thought that the girl who saved her father from sinking into an alcoholic abyss in her first film would someday have to fight long and hard to prevent herself from drowning as well? Life is stranger than fiction and comes full circle. But it also gives you the opportunity to rewrite your narrative. You just have to be courageous enough to do it yourself. #Daddy #debutfilm #maheshbhatt #anupamkher #rajzutshi #poojabhatt #doordarshan #autobiographical #filmfromtheheart #relevant #relevantcinema #stilltopical #lifecomesfullcircle #alcohol #alcoholism #bustthestigma #sobriety #sobrietyrocks #sobrietyrockstars #onefromtheheart

The actress was reportedly planning to pen a book on her struggle at being sober. "“I can help others like me deal with their problem by talking about my journey,” Bhatt had said in a statement.