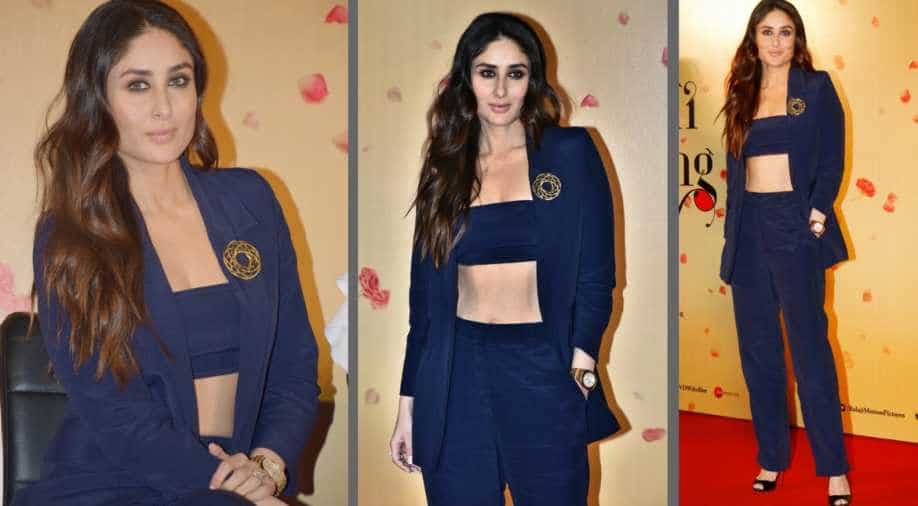 Kareena Kapoor Khan will be seen on silver screen after a gap of almost two years and the actor credits her husband Saif Ali Khan for motivating her to get back to films.

Kareena, who took a small break from films in 2016 during her pregnancy, was back on sets months after giving birth to baby boy Taimur. The actor started filming "Veere Di Wedding" in September last year.

"I wasn't pregnant when I signed this film. I am lucky to have a husband who is so understanding. Apart from him, producer Rhea (Kapoor), stood by me. I had to call Rhea and told her 'I am pregnant and she needs to take someone else'.

"It was Rhea's conviction. She was like 'let's just wait'. After that, it was Saif who kind of pushed me and said 'I think you should hit the gym and get back to the studio'.

He said, "take your son with you and set an example to other mothers". I think it's been good till now. This journey has been beautiful," Kareena said at the trailer launch.

The 37-year-old actor said a lot of couples now share household responsibilities and it is no more a big deal if a woman returns to work post-baby.

"Veere di Wedding", also starring Sonam Kapoor, Swara Bhaskar and Shikha Talsania releases on June 1, but Kareena has not signed any other projects as of now.

"I haven't thought about what I am going to do next. Taimur is 16-month-old and I am giving him time and will be promoting this film. Then I will decide what to do next but I promise to do one or two films a year," she said.

There were reports of Kareena starring opposite Shah Rukh Khan in 'Salute', the biopic on astronaut Rakesh Sharma, but the actor dodged the question saying, "Whatever film I choose I will let everyone know but at the right time."