IPL 2018: This is how Shah Rukh Khan reacted to Kolkata team members copying his acting style in viral video 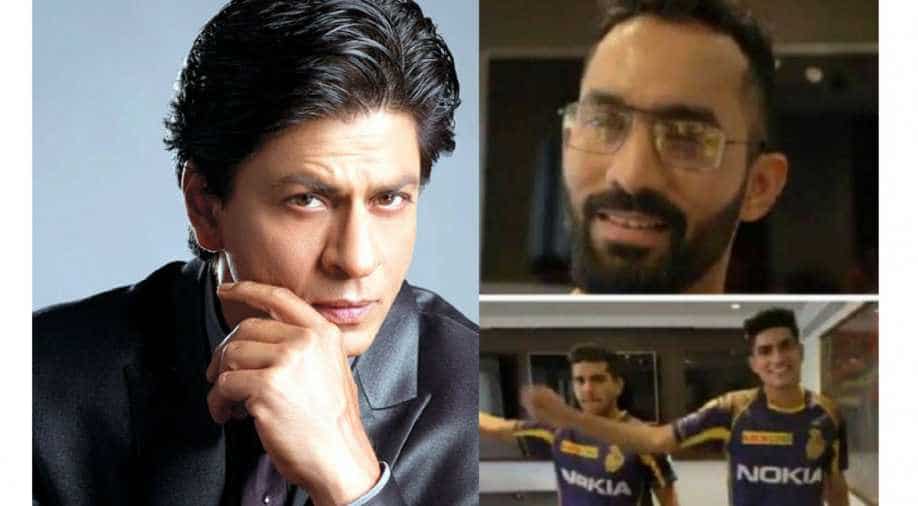 Shah Rukh Khan and players of his IPL's Kolkata team. Photograph:(Twitter)
Follow Us

As the Indian Premier League inches towards its final day this season, Shah Rukh Khan’s team players were having fun at the expense of their own boss. After regaining their position in the IPL standings chart owing to back-to-back wins, Kolkata team members pulled a Shah Rukh Khan style when they chose to display their acting skills.

From the team, cricketers like Chris Lynn, Sunil Narine, Kuldeep Yadav, Dinesh Karthik and Piyush Chawla tried their hands at saying Khan’s Bollywood dialogues. While some were quite eloquent with it, others had problems remembering the lines.

Red Chillies Entertainment shared a video of these cricketers bringing out the actor in them as they tried reciting his famous dialogues like 'Battery Nahi Bolne Ka' from “Raees” to “Chennai Express” dialogue 'Don't underestimate the power of a common man.'

When Khan saw the video of his team members copying his acting style, he reacted by saying: "As much as I love my team, here’s the deal. I leave the cricket to u & u leave the acting to me!! Ha ha"

As much as I love my team, here’s the deal. I leave the cricket to u & u leave the acting to me!! Ha ha https://t.co/lJ15cgEYxZ

On the work front, Shah Rukh Khan is in the US shooting for his Aanand L Rai film "Zero" with Anushka Sharma and Katrina Kaif.