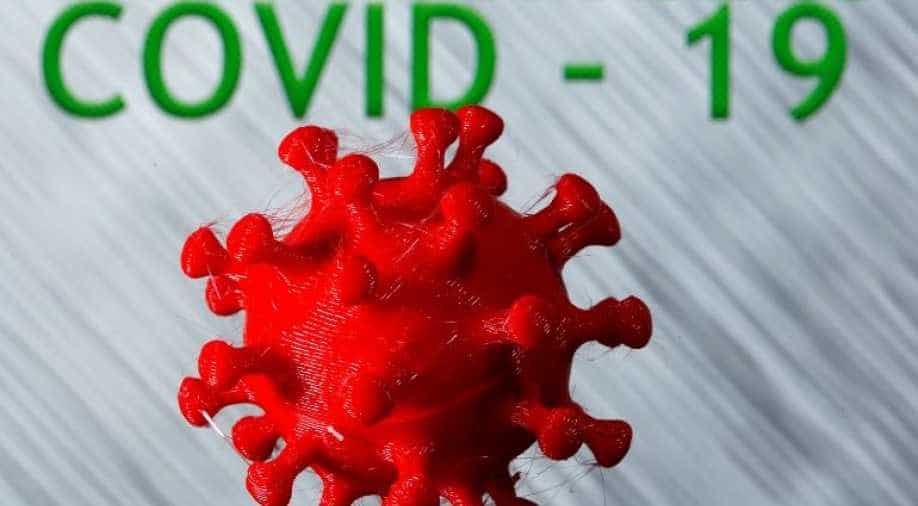 A 3D-printed coronavirus model is seen in front of the words coronavirus disease (Covid-19) on display in this illustration taken March 25, 2020 Photograph:( Reuters )

The doctors believe the virus is first attacking the gastro-intestinal track now, instead of the lungs.

If you are suffering from severe diarrhoea, it may not be just a bad stomach. Doctors in India have added few more symptoms of coronavirus, that were being ignored as upset stomach or food poisoning.

Doctors from Chest and King Koti hospitals in Hyderabad have issued a medical report through local media networks that states that severe diarrhoea, headache and vomiting are also now symptoms of coronavirus in India. These symptoms are usually ignored and labelled as chaneg in season or food poisoning.

The symptoms have now been added to the list as the doctors believe that the novel coronavirus is changing its genomic structure according to the season to ensure its survival.

Also read: Unusual things we’ve learned about the coronavirus since the start of the pandemic

The patients are currently being treated only after they show the common known symptoms such as cough, fever and breathlessness. However, there have been few patients who had symptoms of diarrhoea or headache, but were later tested positive for coronavirus.

The lack of testing in such cases causes delays. The news report said that 30 deaths out of 67 reported cases at the hospital from June 20 to June 30 happened due to the delay in treatment as the patients earlier showed symptoms other than the regular symptoms. Therefore, the doctors have announced that if someone is suffering from diarrhoea, vomiting and headache, they too should get tested for coronavirus.

The doctors believe the virus is first attacking the gastro-intestinal track now, instead of the lungs. "These cases are presented as caused due to food-poisoning and seasonal change leading to stomach upset. But it is the virus which is attacking gastro-intestinal track first instead of lungs. It is presented in the form of severe diarrhoea and vomiting causing dehydration. This, in turn, leads to weakness, lower oxygen level, low BP, low sugar and sudden collapse," the report read.