Committed to building on the momentum: PM Modi to Bangladeshi foreign minister 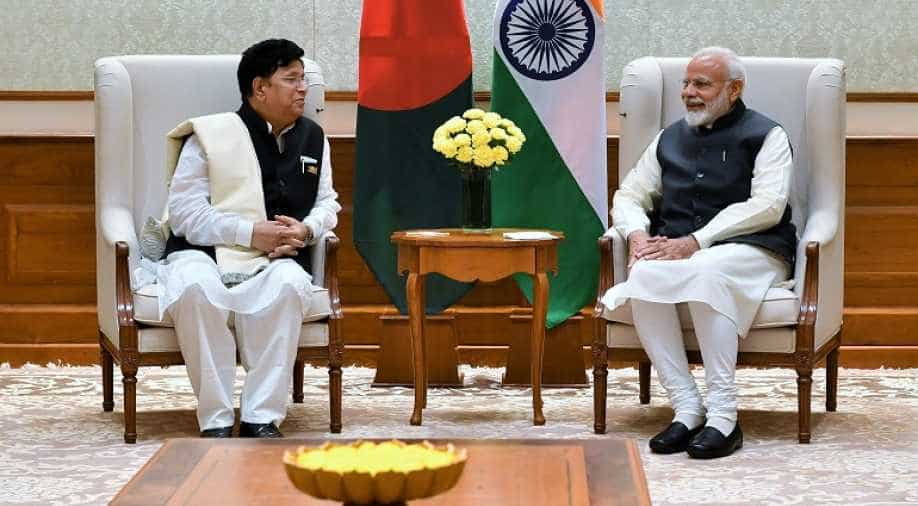 Momen briefed the PM on recent developments in the bilateral relationship.

Foreign Affairs Minister of Bangladesh Dr AK Abdul Momen who is on a four-day visit to India called on Prime Minister Narendra Modi on Thursday.

During the meet, Prime Minister Modi congratulated Momen on his appointment as the foreign minister, and "appreciated his gesture of selecting India as the destination for his first foreign visit."

According to a release, Prime Minister 'reaffirmed India’s commitment' to work with Bangladesh to 'build on this momentum' during the new term in office of Prime Minister Sheikh Hasina.

He also lauded India-Bangladesh relations which he said has been on an "upward trajectory" in the last few years.

Momen briefed the PM on recent developments in the bilateral relationship.

This is the first high-level visit from Bangladesh to India since Sheikh Hasina's landslide victory in December Parliamentary elections.

The Bangladeshi FM will meet External Affairs Minister Sushma Swaraj on Friday and take part in the fifth Joint Consultative Committee Meeting. Five MoUs including developing an Indian Economic Zone in Mongla, Bangladesh and training programme for Bangladesh Civil servants are expected to be signed on the occasion.

PM Modi visited Bangladesh in 2015 which was followed by the visit of Bangladesh PM Hasina in 2017. Hasina visited India again in 2018 for the joint inauguration of Bangladesh Bhaban at Santiniketan University along with Modi. During this visit, she was awarded a Doctor of Literature (D.Lit) by Kazi Nazrul University, Asansol.