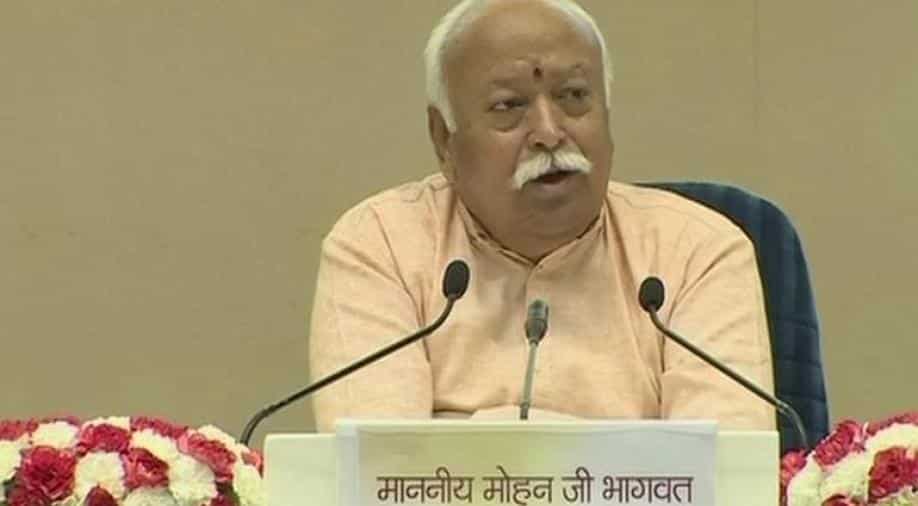 "There is a need to make the study of Ayurveda and its application more relevant as per the research methodology prevalent in the present system," he said.

Stating that Ayurveda is the "soft power" of India, RSS chief Mohan Bhagwat Sunday underlined the need to explain the ancient system of medicine through the latest methodology.

He also said the study of Ayurveda and its application be made more relevant in tune with the modern research methodology.

Speaking as the chief guest at a programme, Bhagwat emphasised the need to take Ayurveda to the maximum number of people.

"Various methodologies are prevalent in medical treatment today. Earlier, people used to rely on direct experience. But now there is a system in place wherein documentation is done and research is conducted. There is a research methodology....a system of methodology has to be approved, which should be pursued by the practitioners of Ayurveda," said the RSS chief.

Acknowledging efforts being made in this regard, Bhagwat demanded that the pace is increased.

"There is a need to make the study of Ayurveda and its application more relevant as per the research methodology prevalent in the present system," he said.

Bhagwat said, "A common medical practitioner keeps records of his observations and experience, and writes papers on them. These papers are then published in (science) journals, on the basis of which experiments are conducted. Good record keeping of Ayurveda is the need of the hour".

He said an Ayurveda practitioner, apart from knowing the ancient science in detail, must also be aware of current trends.