'1 Above' restaurant blames Mojo's 'Bistro and nearby property for blaze 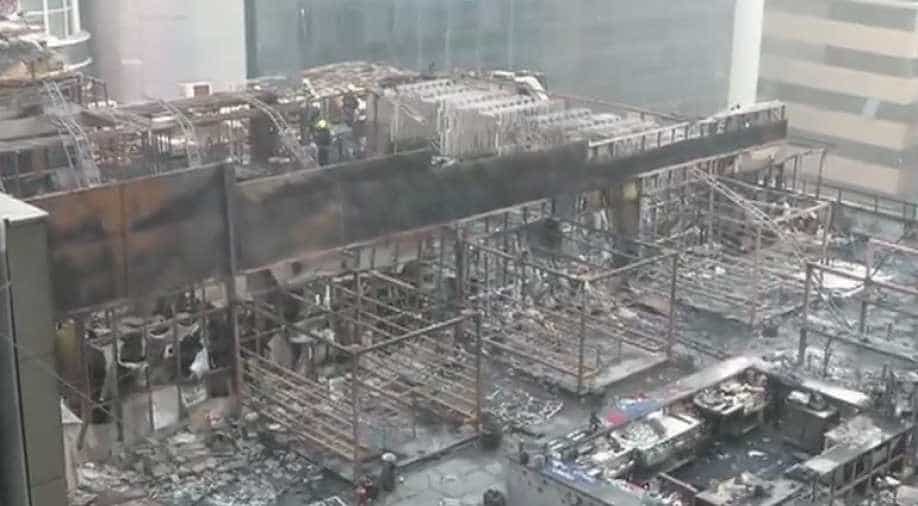 The Kamala Mills pub 1 Above, where 14 people were killed in a fire shortly after midnight, today said the blaze started from the adjoining property and claimed it had all the necessary approvals and safety norms in place.

It also blamed Mojo's Bistro on the floor below for not having an emergency exit, leading to overcrowding of 1 Above's escape avenues.

The pub, co-owned by brothers Hitesh and Jigar Sanghvi and Abhijeet Manka, was gutted in the fire that broke out around 12.30 am today, killing 14 guests who had gathered to ring in Khushbu Bansali's 29th birthday. The pub is run by C Grade Hospitality.

Blaming an adjoining property for the devastating fire, the 1 Above management said, "According to our staff, a fire began to emanate from the adjacent quarters to our premises."

It did not name the property from where the fire started.

However, it named and blamed Mojo's Bistro for not having an emergency exit, which led to their guests thronging to 1 Above's emergency exit.

Mojo's Bistro was also destroyed in the blaze but no lives were lost.

"We believe that all their guests were told to go through our premises as we have an emergency exit," the 1 Above statement said.

"1Above has all its fire safety regulations, licences, procedures and norms in place. We've been able to help save many lives thanks to our fire safety protocols," the statement claimed.

The pub claimed that it conducts quarterly fire safety and crisis management training. It has over 10 fire extinguishers and adequate fire safety signatures at its premises as is required by the authorities.

The pub management also said their property did not keep any gas cylinders near their rooftop premises and that the gas tank was maintained on the ground floor.