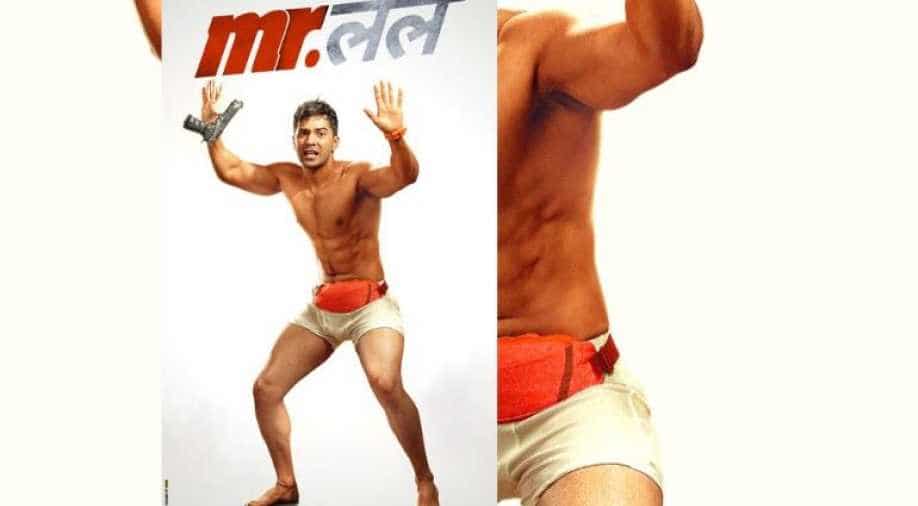 Varun Dhawan can be seen posing just in his boxers, an orange fanny pack in the poster of 'Mr Lele'

Varun Dhawan who has been roped in by Karan Johar for the upcoming comedy-drama 'Mr Lele', has unveiled his first look by sharing a poster from the movie on Monday.

The 'Student of the Year' actor shared the poster on his Instagram handle and wrote, "MR Lele MaazaLele@karanjohar & @shashankkhaitan! #MrLele aa raha hai aag lagaane with non-stop entertainment! You in cinemas on 1st Jan 2021!".

In the poster, Varun can be seen posing just in his boxers, an orange fanny pack. The actors chiselled abs are on display as he throws his hands up in the air along with a gun.

The director of the flick Johar took to Instagram as he shared the goofy poster and wrote, "Just when you thought that the news couldn't get any better, it got more entertaining! #MrLele aka @varundvn along with @shashankkhaitan are going to start 2021 with a bang! Releasing 1st Jan, 2021.@apoorva1972 @dharmamovies"

The film will see Varun reuniting with writer Shashank Khaitan for the third time after 'Humpty Sharma Ki Dulhania' and 'Badrinath Ki Dulhania'. Jhanvi Kapoor has been roped in alongside Varun in the upcoming comedy flick. 'Mr Lele' is slated to release on January 2021.