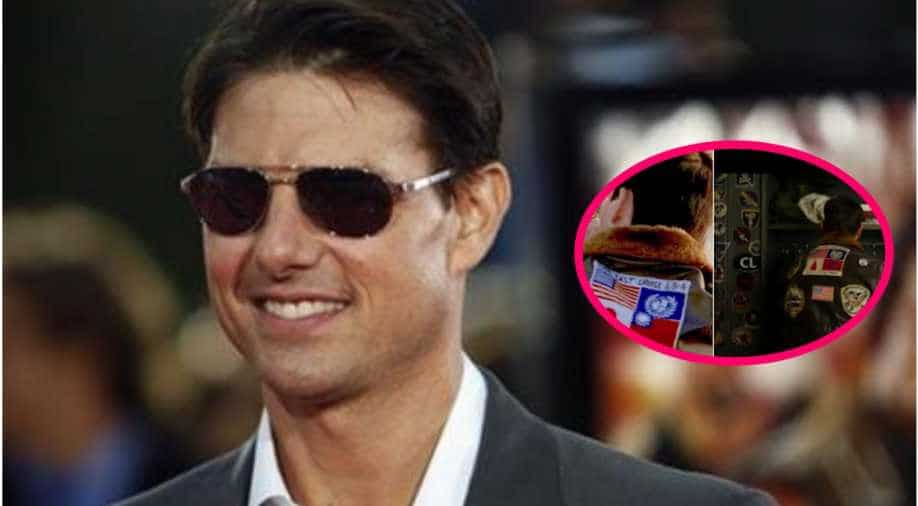 Tom Cruise and the jacket he is seen wearing in 'Top Gun' Photograph:( Twitter )

The internet has no chill and we have proof.

As the new trailer for the sequel of 1986 blockbuster movie ‘Top Gun’ released, fans took to Twitter to criticise the makers for excluding two flags from actor Tom Cruise’ jacket. The original iconic bomber jacket that he wore in the first film had Japanese and Taiwanese flags that seem to have been swapped with two ambiguous symbols.

The two symbols, however, are of the same colour scheme so unless you pay extra attention, you can't make out that it's not the two flags.

As for the Twitter users who pointed out the change, some noted that Chinese tech giant Tencent is one of Paramount's partners on the movie, which is slated to release next summer. Tencent said in December that its subsidiary Tencent Pictures is "an investor and co-marketer" of the highly anticipated sequel.

China and Japan have not been on great terms in recent years over disputed islands in the East China Sea. China and Taiwan have also had a complex relationship with each other.

China and Taiwan also have a complex relationship — Taiwan has been self-governed since separating from China in 1949, but Beijing still views the island as its territory, and for decades has tried to threaten or cajole it into rejoining the mainland.

Tom Cruise surprised the audience at Comic-Con 2019 when he unveiled the new 'Top Gun' footage of the long-awaited sequel to the 1986 smash action film that made him a household name. Describing ' Top Gun: Maverick' as a "love letter to aviation," Cruise introduced clips of his ageing pilot still launching jets off aircraft carriers, refusing to retire despite failing to rise up the ranks.