Tom Holland lets out a spoiler again, this time about 'Spider-Man: Far From Home' 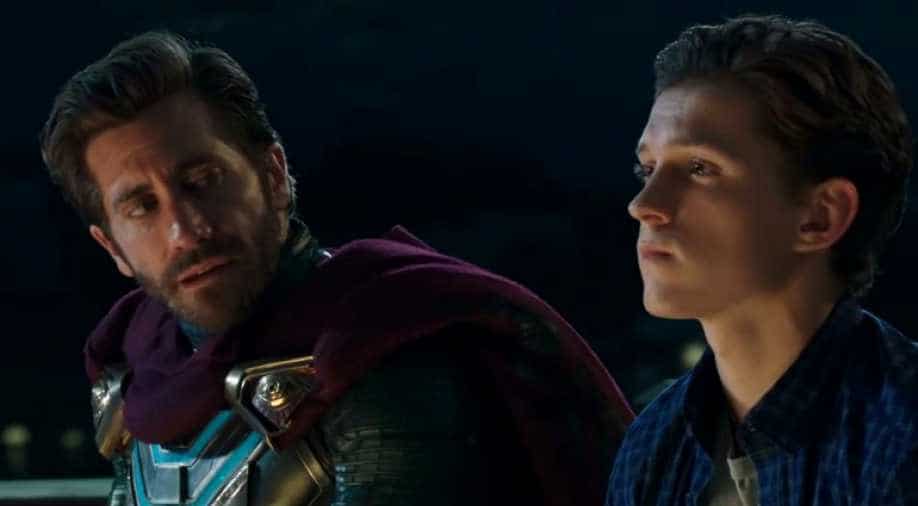 It was known that the Jon Watts` film follows the aftermath of 'Avengers: Endgame'. The trailer shows how Holland as Peter Parker and Spider-Man is dealing with the death of Iron Man/ Tony Stark.

Tom Holland has done it again. Despite being cautuious, the actor has let out a spoiler of his upcoming film 'Spider-Man: Far From Home'.

At a press event in Bali on Monday, the actor got on the stage, determined not to give away any spoilers, as he said, "What can I say without ruining it?".

When asked about actor Jake Gyllenhaal entering the franchise with the role of Mysterio, Holland ended up spilling a secret from the plot.Transgender actor Zach Barack will aslo feature in 'Spider-Man: Far From Home'

"Mysterio is my new best friend in the movie. We fight together to fight these creatures... Because when Thanos snaps his fingers, these creatures come from other dimensions," explained Holland, before realising that he had said a lot.

He looked shocked and said "oh" as the crowd`s cheer grew stronger.

It was known that the Jon Watts` film follows the aftermath of 'Avengers: Endgame'. The trailer shows how Holland as Peter Parker and Spider-Man is dealing with the death of Iron Man/ Tony Stark.

But with the new detail which has emerged, it has become clear that 'Avengers: Endgame' has a heavy influence on its narrative.

The Thanos` snap, which Holland was referring to, wiped off half of the population, including several loved superheroes in 'Avengers: Infinity War'.

It continued with 'Avengers: Endgame' with superheroes like Captain America, Hulk, Iron Man and Black Widow, who assembled for one last time in this film, and to get the people who vanished with Thanos` snap back.

Over the years, Holland has earned the reputation of being the worst secret keeper as he has let out spoilers on several occasions. He famously revealed there would be two 'Spider-Man: Homecoming' sequels before the studio had announced them.

Holland was introduced as Spider-Man in 'Captain America: Civil War' in 2016. Holland got his first solo movie with 'Spider-Man: Homecoming', and will be back as the superhero with his second solo movie 'Spider-Man: Far From Home'. Sony Pictures Entertainment India will release the film in the country on 5th July.