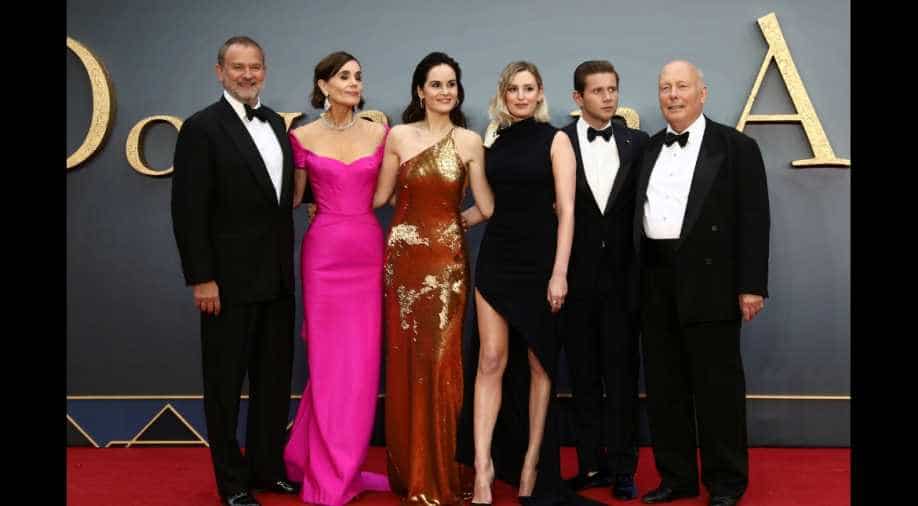 And they are back with a bang, awaiting the visit of King George V and Queen Mary to Downton. Photograph:( AFP )

The Crawley family make their comeback after the series drew to a close in 2015 following nine successful years.

The Crawley family make their comeback after the series drew to a close in 2015 following nine successful years.

And they are back with a bang, awaiting the visit of King George V and Queen Mary to Downton.

"I didn't particularly want to see a movie when we finished the show... then there was this kind of a groundswell asking for a movie and it became real," Julian Fellowes, creator and scriptwriter of the show and film, told AFP before the screening.

The entire cast of the series is reunited, including Maggie Smith as the acrimonious dowager countess, despite her initial refusal to slip back into the matriarch's starched dresses.

Other actors have joined the team, including Imelda Staunton (Dolores Umbridge in Harry Potter), who plays Lady Bagshaw.

Unfortunately, Staunton had little luck in getting her husband to wait on her, telling AFP in mock outrage: "I got nothing out of him! He was on the other side of the dining room."

The series traced the ups and downs of the aristocratic family and their servants from 1912 to the end of 1925, mixing day-to-day gossip and intrigue with large historic themes.

The film begins in 1927, one year after the general strike that pitted the British working class against prime minister Stanley Baldwin.

Fellowes explained that this period had "always interested" him.

Director Michael Engler, who also counts "Sex and the City" and "The West Wing" among his credits, promises even more glamour and splendour than the series, with rivalries and romance on every level.

"It is a great skill, on Julian's part, to be able to write for 20 characters and give them all a good storyline, and do all that in two hours, it is extraordinary," Kevin Doyle, who plays servant Mr Molesley, told AFP.

The series won Golden Globes and Emmy awards in the US and Baftas in its native Britain, with an estimated 120 million people in more than 200 countries tuning in.