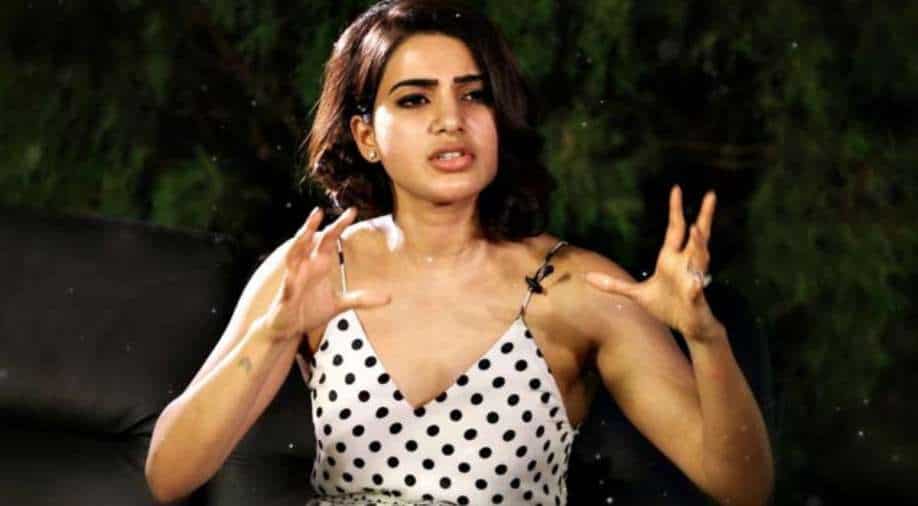 Samantha and Chaitanya announced their separation last year in October.

Actress Samantha Ruth Prabhu took to social media on Tuesday to call out publications and rumour-mongers who are claiming that the actress is spreading "fake stories" regarding her former husband, actor Naga Chaitanya.

Reacting to an article posted by an online entertainment portal that claimed that the actress is planting negative stories about her former partner, Samantha said, "Rumours on girl - Must be true! Rumours on boy - Planted by girl! Grow up guys..."

She further added, "Parties involved have clearly moved on... You should move on too! Concentrate on your work... On your families... Move on!"

Rumours on girl - Must be true !!
Rumours on boy - Planted by girl !!
Grow up guys ..
Parties involved have clearly moved on .. you should move on too !! Concentrate on your work … on your families .. move on!! https://t.co/6dbj3S5TJ6

Samantha and Chaitanya tied the knot in October 2017 and they announced their separation last year. The 35-year-old actress has been on the receiving end of a lot of hatred and personal attacks since she announced her divorce.

Last year, she had put up a statement to announce her separation from Chaitanya. It read, "After much deliberation and thought, Chay and I have decided to part ways as husband and wife to pursue our own paths. We are fortunate to have a friendship of over a decade that was the very core of our relationship which we believe will always hold a special bond between us. We request our fans, well-wishers and the media to support us during this difficult time and give us the privacy we need to move on. Thanking you for your support."

On the movie front, Samantha will be next seen in 'Yashoda'. She will also star in Gunasekhar's directorial 'Shaakuntalam' and Indian version of Prime Video's 'Citadel'.

According to reports, she will also be making her Hollywood debut with BAFTA winner Philip John's movie 'Arrangements of Love'.