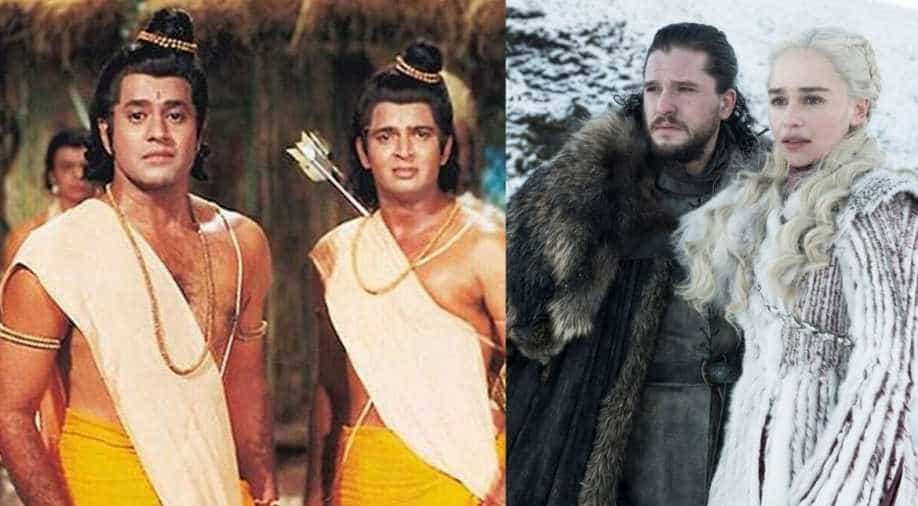 Stills from 'Ramayana' and 'Game of Thrones' Photograph:( Twitter )

'Ramayana' recorded 77 million views in a day to achieve this feat.

Countrywide lockdown in India has turned out to be quite fruitful for Doordarshan as they brought back the popular show ‘Ramayana’. The mythological TV show that originally released in the 1980s is now back to being in the hit list with BARC India releasing new data on viewership patterns in the country.

Rebroadcast of #Ramayana on #Doordarshan smashes viewership records worldwide, the show becomes most watched entertainment show in the world with 7.7 crore viewers on 16th of April pic.twitter.com/edmfMGMDj9

Previously, this was held by the ‘Game of Thrones’ finale that recorded 19.3 million views in a day.

As for Ramayana, this feat is not one that it has not seen before. Written and directed by Ramanand Sagar, the show was first telecasted on January 25, 1987, to July 31, 1988. In its span of a year, Ramayan had become the most-watched mythological series in the world.