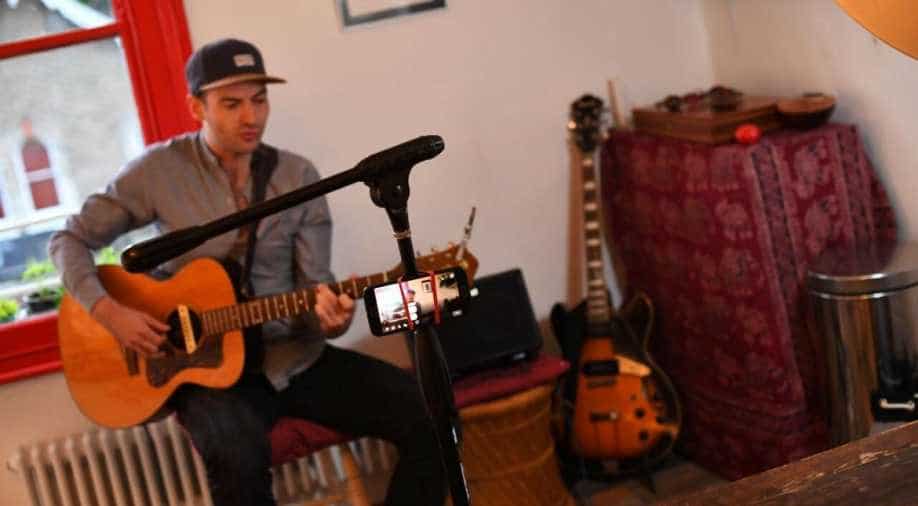 Despite a likely 25% drop in global music revenues this year because of the pandemic, the industry is set to double in value by 2030, a Goldman Sachs research note published this month showed. But many artists have doubts about their future.

Lockdown bans on live performances have left many British musicians on the breadline, fuelling a campaign for them to get a bigger share of the profits from streaming their songs online.

"I'm getting contacted by lots of young artists who have millions of streams from 200,000 monthly listeners and don`t make the minimum wage," musician Tom Gray from English indie band Gomez told Reuters.

Gray has founded the Broken Record campaign to pressure the industry into doing more for the people who make the music.

While platinum-selling Gomez has racked up millions of plays on Spotify, the market-leading online music platform, this amounts to "a few pennies" of income for Gray.

That is because the money paid by consumers for major online music platforms goes into a central pot that is distributed to artists according to market share.

So if someone pays 10 pounds ($12) a month and listened only to Gomez, their money would still find its way to the world`s top artists and their record labels.

The streaming companies say they are doing their utmost to help artists during the lockdown. Spotify has pledged to match donations to music charities up to a total of $10 million and Apple Music launched a $50 million fund for independent record labels and distributors.

The Help Musicians UK charity has paid 8.5 million pounds to 17,500 musicians who have run out of money for essentials.

But many more musicians are struggling, shut out of state lockdown support programmes because their incomes are irregular. A Musicians Union survey earlier this month found 38% were not eligible for government help.

"I know how hard this is already for so many people and I can see how truly terrifyingly bad it`s going to get," said Gray, whose campaign is backed by Boy George, John Grant, and The Shins.

Hot Chip, a popular electro-tinged indie band, had planned a global tour through 2020. Now, the musicians and their nine-strong crew have lost much of their income, despite millions listening to their music online every month - a fanbase that might have earned Hot Chip a "bed of gold" decades ago.

"We ourselves don`t know where the next chunk of cash is really coming from," said Al Doyle, a member of Hot Chip.

Despite a likely 25% drop in global music revenues this year because of the pandemic, the industry is set to double in value by 2030, a Goldman Sachs research note published this month showed. But many artists have doubts about their future.

"If coronavirus continues like this for the whole of the summer, then really that`s going to feel like my life in music has been decimated," said Theo Bard, a songwriter who was hoping to promote an album set for release this summer.

Doyle from Hot Chip conceded that only consumers might have the power to redress the balance, by buying music directly from their favourite artists' websites or via online platforms such as Bandcamp where the artists control the prices.

"If it's unsuccessful, then I think you'll find lots of mid-level artists, probably kind of on our level, deciding that this is not a feasible way to support ourselves."