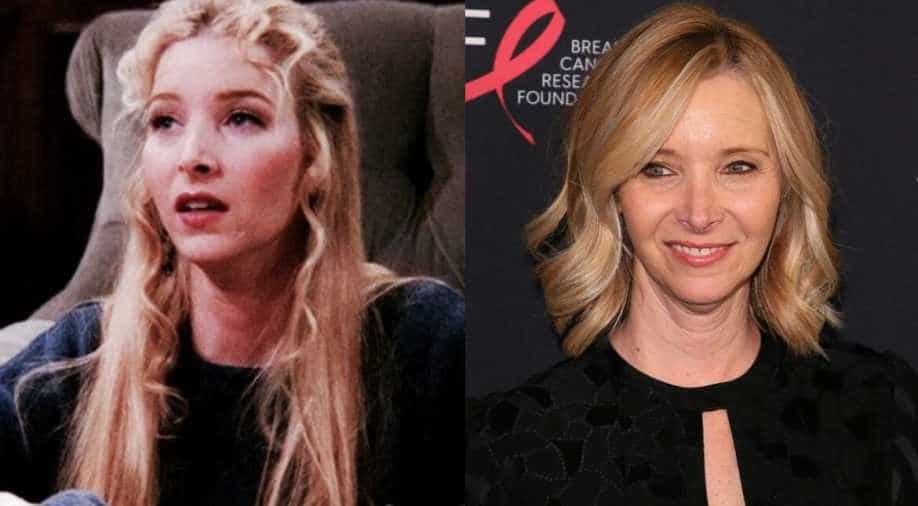 Before Lisa Kudrow became a star playing Phoebe Buffay in hit show 'Friends', the actress had appeared in small roles in iconic shows like 'Frasier' and 'Mad About You'.

Before Lisa Kudrow became a star playing Phoebe Buffay in hit show 'Friends', the actress had appeared in small roles in iconic shows like 'Frasier' and 'Mad About You'.

Turns out, Kudrow was fired from the sets of 'Frasier' just days into filming

While joining her sitcom co-stars Jennifer Aniston and Courteney Cox on Wednesday`s edition of Sirius XM`s `The Howard Stern Show`, Kudrow revealed that she was also tapped to play Roz Doyle on `Frasier` but was pulled from the gig three days into filming its pilot episode.

"I wasn`t right for the part (or) for the chemistry of the group. So that wasn`t working but I did think, `Oh, I am not this guy`s cup of tea,`" she said of director James Burrows and his decision to scrap Kudrow for that of Peri Gilpin.

The Kelsey Grammer-led `Frasier` ran for 11 seasons on NBC from 1993 to 2004. Paramount+ announced in February that a revival series was given the go-ahead with Grammer set to reprise his role as Frasier Crane.

Perhaps, Burrows, who directed a few episodes of `Friends` as well, wanted to see Kudrow in another light as the star also revealed that she was "the only one of the six (`Friends` stars) who had to go in and audition for (Burrows)," adding that she "had one extra audition just for James Burrows."

"I did it and he went, `No notes,`" Kudrow recalled of the career moment. "I left going, `That either means she`s beyond help and helpless, just like I always knew,` or `Yeah, it`s perfect. I have no notes.`"

Kudrow ultimately did land the role as Phoebe but she told Stern that she initially didn`t feel as connected to the other characters and wasn`t sure she would jibe with the crew as a whole.

"Shooting the pilot that week I was like, `All right, here we go,`" she recalled. "Phoebe was not the character that was part of this group really, that easily. There was a struggle."

The cast of `Friends`, including Kudrow, Jennifer Aniston, Courteney Cox, David Schwimmer, Matt LeBlanc, and Matthew Perry recently came together to film a reunion special that aired on HBO Max.

`Friends` originally aired for 10 seasons on NBC from 1994 to 2004. The beloved sitcom followed the story of six friends in their 20s and 30s who live in Manhattan, New York City.