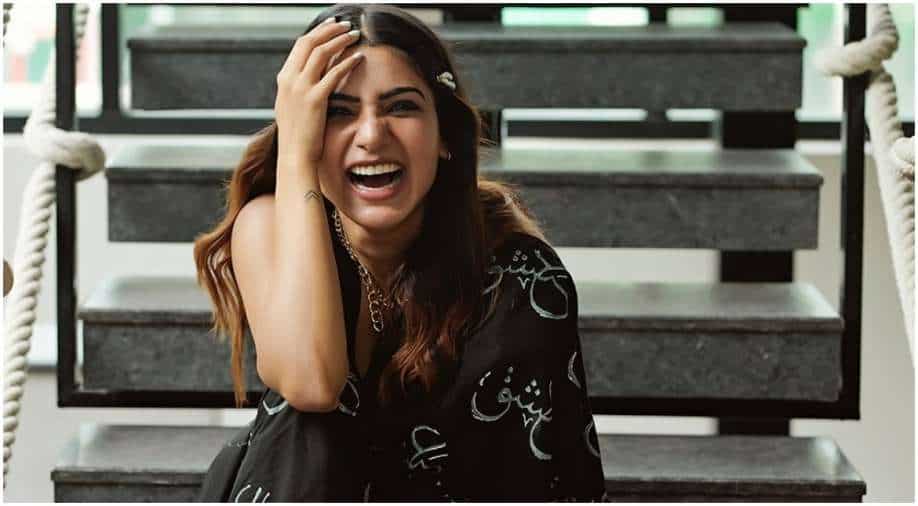 Recently, Samantha Ruth Prabhu made headlines when she was clicked visiting her ex-father-in-law Nagarjuna’s studio on November 26.

Samantha Ruth Prabhu is wanting to let go and accept what she cannot change.

'The Family Man 2' actress took to social media and shared a profound note that revolved around the importance of letting go. This deep understanding of life comes just two months after split from her actor now-ex-husband Naga Chaitanya.

Samantha's acceptance Instagram Story is actually a quote by Cheryl Strayed and the same reads, "Most things will be okay, but not everything will be. Sometimes you will put up a good fight and lose. Sometimes you'll hold on really hard and realize there is no choice but to let go. Acceptance is a small, quiet room.” Sharing the same, Samantha wrote on top, "acceptance." 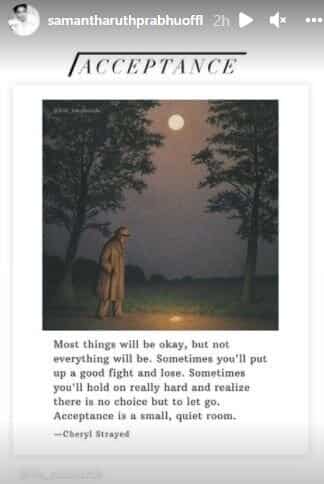 Also read: Halle Berry: If we get an Oscar we think we are better than others, we are not

Recently, she made headlines when she was clicked visiting her ex-father-in-law Nagarjuna’s studio on November 26.

This news got everyone curious and excited but it was soon learnt that she was at the studio to dub for Gunasekhar’s film 'Shaakuntalam', in which she plays the titular role.

Meanwhile, the South Indian film star is all set to make her international movie debut with 'Arrangements of Love', which is set to be directed by BAFTA-winning filmmaker Philip John of 'Downtown Abbey' fame.

Reports say ‘Arrangements of Love’ is an adaptation of the bestselling 2004 novel by the same name, authored by Indian writer Timeri N. Murari. Samantha will reportedly be playing the role of a strong-willed and hilarious 27-year-old woman, who is a progressive bisexual Tamil and runs her own detective agency.