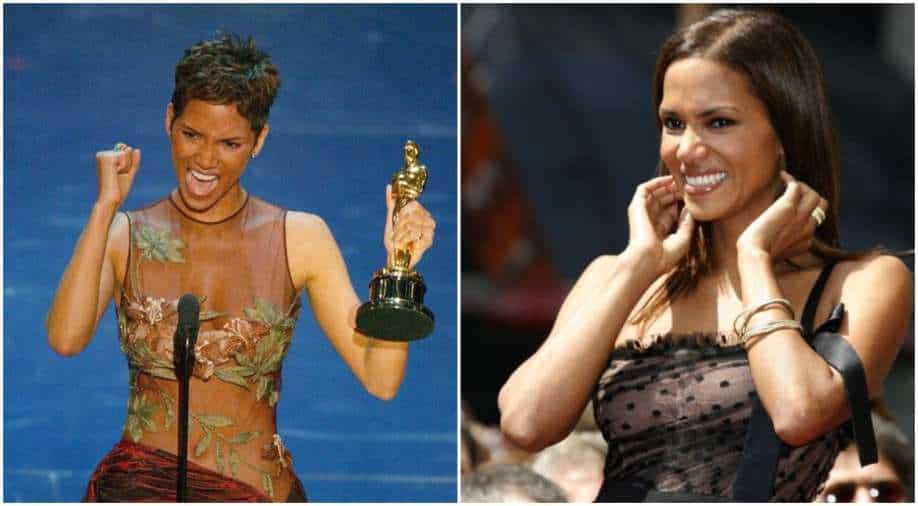 Halle Berry was the first African-American actor to win an Oscar for 'Monster Ball' (2001) Photograph:( Instagram )

Reflecting on her Razzie for 'Catwoman' (2004), Oscar winner Halle Berry revealed why she had no qualms about accepting the Worst Actress award in person.

Hollywood heavyweight Halle Berry is truly the queen of keeping it real!

The Oscar-winning actor surprised one and all when she personally accepted her Razzie. And the reason behind her doing so is mindblowingly powerful.

We all know that Halle Berry's 'Catwoman' was a cinematic disaster when it had released in theaters back in 2004. The audience fond that outing underwhelming, and was one of the most ill-performing comic book movies of all time.

It had won multiple Golden Raspberry Awards: Worst Picture, Worst Director and Worst Screenplay. Interestingly, Berry came in person to receive her Razzie for Worst Actress, and proved why she should be regarded the queen of sportsmanship.

Reflecting on her Razzie for 'Catwoman', Berry revealed why she had no qualms about accepting the Worst Actress award in person.

"I went to the Razzie [Awards] because I feel like we all take ourselves so seriously. If we get an award, if we get the Oscar, we somehow are made to feel like we’re somehow better than everybody else, but we’re really not. You were just chosen that year by your peers, and you were acknowledged for doing what they considered stellar work. If you find yourself face to face with a Razzie, does that mean you’re the worst actor there ever was? Probably not. You just got the piss taken out on you that year by a group of people that can. If I can show up to collect an Oscar when you’re honoring me, I can certainly show up to collect a Razzie when you say, good try, but do better. I always learned that if you can’t be a good loser, then you don’t deserve to be a good winner. So I went there and made fun of myself," she told a global magazine.

The actress added that she "had a great time and then I set that thing on fire," suggesting that she's put it away.

"I would totally change the story. I would change the characters. I would have Catwoman saving the world from some catastrophe like male comic book characters get to do. I wouldn’t be just saving women from their faces cracking off from some cream. I would make it more substantial and I would set it in a grittier, more modern world," she said of the creative process behind 'Catwoman'.

Recently, Halle Berry said she'd like to direct a new 'Catwoman' movie, but for now, fans will see the next incarnation of the character in 'The Batman' with Zoe Kravitz taking over the role.