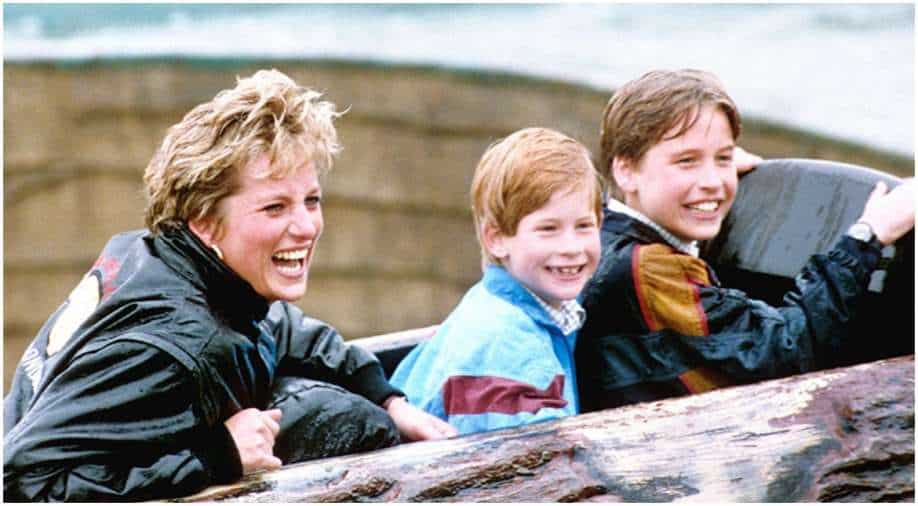 "But now, as you get older, you appreciate it a lot more and you see it for what it is," Prince William said of his father, Prince Charles, forcing him and Prince Harry to join him for walks when they were younger.

The Duke of Cambridge, Prince William, gets up and personal during an episode of Apple Fitness+ festive episode 'Time To Walk'.

Prince William, through this episode, is encouraging people to take a break from their routine lives and go for a walk instead: for  the sake of good mental health.

The episode starts with him talking about his father's love for long walks and how Prince Charles "used to try and force Harry and I out of the house the whole time" but they "weren't really having any of it."

"But now, as you get older, you appreciate it a lot more and you see it for what it is," William says, emotionally.

Also read: 'Spider-Man: Across The Spider-Verse' Part 1 trailer out: Watch

The Duke of Cambridge also focusses on the importance of keeping mentally fit.

Talking about his family's annual Christmas Day pilgrimage, William remembered "strong memories" of his grandfather plowing ahead while "there'd be us at the back with little legs trying to keep up."

During the episode, Prince William recalls a black tie event that had left him sweating profusely.

In 2013, at a fundraising gala at Kensington Palace, American singers Jon Bon Jovi and Taylor Swift were attending, "which nearly knocked me off my feet."

William recalled "a lot of handshaking to do those nights" where he tried to "be charming and interactive." He then went to watch the main performances of the evening, thinking that would give him time to relax as well.
"I'm sat next to Taylor Swift. She's on my left. And after Jon does his first song, there's a pause, and she turns to me. She puts her hand on my arm, looks me in the eye, and says, 'Come on, William. Let's go and sing,'. To this day, I still do not know what came over me. Honestly, even now I'm cringing at what happened next, and I don't understand why I gave in. But, frankly, if Taylor Swift looks you in the eye, touches your arm, and says, 'Come with me...' I got up like a puppy and went, 'Yeah, okay, that seems like a great idea. I'll follow you.'" he remembered.

"Beneath my black tie, there was a lot of sweating going on. I felt like a swan, where I was trying to keep myself composed on the outside, but inside, the little legs are paddling fast," the royal added.
"At times, when you're taken out of your comfort zone, you've got to roll with it," he concluded by saying.
The Duke also talked about his time as an air ambulance pilot and the impact it had on his mental health. One experience in particular, of him helping a young boy hit by a car, was shared during the podcast episode.

Prince William "went home that night pretty upset but not noticeably" and was aware that "something had changed... a real tension inside of me." He describes compartmentalizing his feelings and returning to work but "it really hit me weeks later."

"My personal life and everything was absolutely fine. I was happy at home and happy at work, but I kept looking at myself, going, 'Why am I feeling like this? Why do I feel so sad?' And I started to realize that, actually, you're taking home people's trauma, people's sadness, and it's affecting you."

He said he was "lucky" he had someone to talk to from the Air Ambulance service, adding that he has spoken to frontline workers throughout the pandemic who are grappling with mental health and has urged listeners to support discussions like he did.

The episode also featured a music section, including Tina Turner's 'The Best' which his mother used to blast in the car as he, his brother were sent back to boarding school.

"Sitting in the backseat, singing away, it felt like a real family moment. And my mother, she'd be driving along, singing at the top of her voice. And we'd even get the policeman in the car, he'd be occasionally singing along, as well," William said.

The Duke quickly added that he is amazed his three children "already have inherited my family's love of music."

"One of the songs that the children are loving at the moment is Shakira, 'Waka Waka'. Charlotte, particularly, is running around the kitchen in her dresses and ballet stuff and everything. She goes completely crazy with Louis following her around trying to do the same thing," he explained.