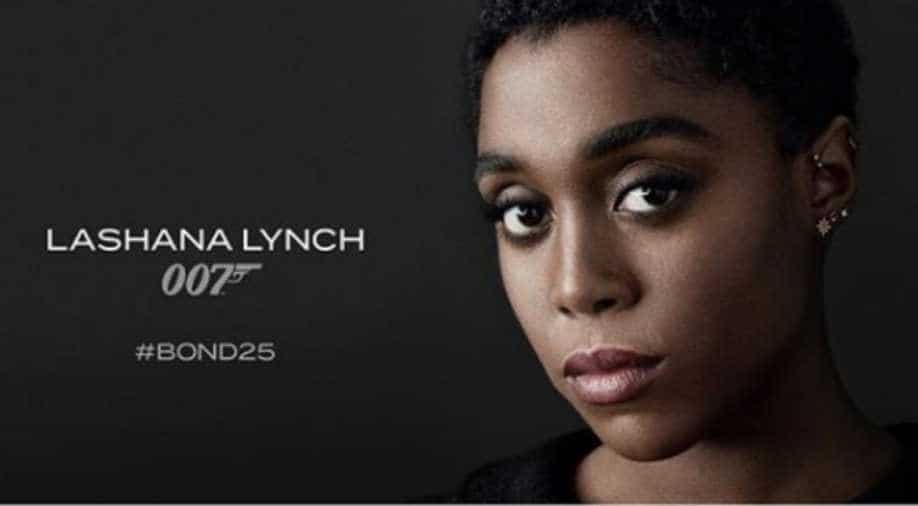 Lynch is one of British GQ's January/February 2021 cover stars and was recently named Breakthrough Actress at the GQ Men Of The Year 2020 Awards.

Lashana Lynch who will be seen as secret agent Nomi in 'No Time To Die', is the first female of colour to hold the 007 title in the James Bond franchise.

Lynch is one of British GQ's January/February 2021 cover stars and was recently named Breakthrough Actress at the GQ Men Of The Year 2020 Awards. In an interview with British GQ's Thomas Barrie, Lynch addressed the criticism she faced from online commenters when reports of her role as the new 007 came to light.

"White patriarchy will always have something to say when it comes to things like that," Lynch said of her "No Time To Die" role. "But the magnitude of it was ridiculous."

Around July 2019, reports of Lynch's starring role in "No Time To Die" leaked and some responded online that they weren't ready to see a Black woman as a secret agent.

Lynch confirmed the report that she would star as 007 in an interview with Harper's Bazaar UK when she also said that the backlash she faced online — from people who said they weren't ready to see a Black woman as a secret agent — led her to delete her social media accounts for a week.

Lynch touched on coping with cyberbullying, saying that she imagined "weird-looking actual trolls with blue hair" were criticizing her role.

"For me, none of it is real," Lynch said. "As soon as my phone is off or I'm out of the app, it quite literally doesn't exist anymore."

Lynch continued, saying that she's "tired" of "the fact that you have to celebrate it, like it's this New Age thing, like Black people have just arrived on the planet."

"For my community, those are really big things, but for the world, I need you to not care about it," Lynch said.

The "No Time To Die" star also said that she wants people to remember that she's not the first Black female to play a major role in the James Bond franchise. Grace Jones played the villain May Day in 'A View To A Kill' in 1985, and Naomie Harris became the first Black actress to play the character Moneypenny in the 2012 film 'Skyfall', a role she's continued to play in Bond films since then.

Lynch also added that she is reminding herself she believes her upcoming role makes her a part of a conversation worth having.

"I am one Black woman — if it were another Black woman cast in the role, it would have been the same conversation, she would have got the same attacks, the same abuse," Lynch said. "I just have to remind myself that the conversation is happening and that I'm a part of something that will be very, very revolutionary."