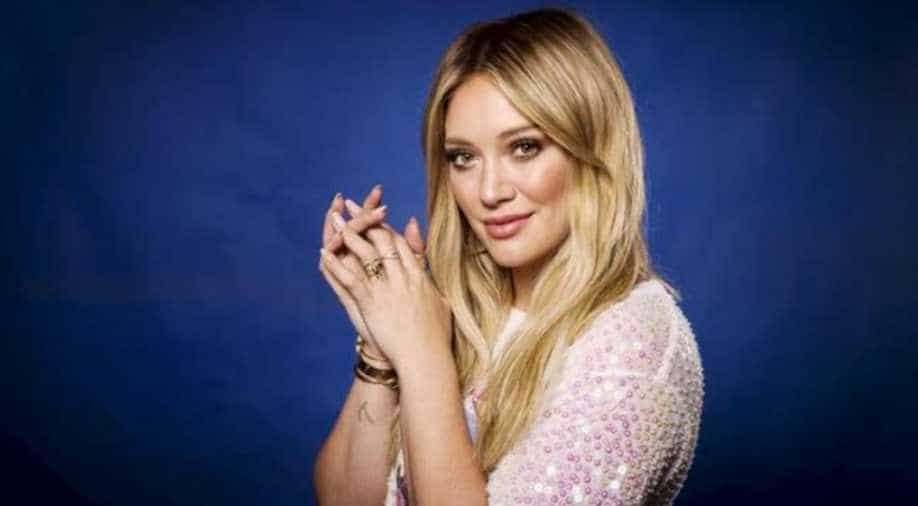 Duff in an interview confessed that despite playing Lizzie for years, she was nervous about revisiting the beloved character and getting back into her headspace.

Hilary Duff celebrated the first day of filming for the forthcoming show `Lizzie McGuire` - a reboot of the 2001 sitcom - by showing off the very first photo of herself as the character on Tuesday.

Duff in an interview confessed that despite playing Lizzie for years, she was nervous about revisiting the beloved character and getting back into her headspace, reported People.

The 32-year-old couldn`t contain her excitement in the image, which was snapped in Washington Square Park, as she beamed in front of the park`s famous arches.

Staying true to her character`s fashion, the actress wore a black and gold checkered outfit with black boots. Duff also accessorized the look with a matching gold coat and multiple necklaces.

In the shot, Duff was captured walking through the park -- this time, holding an oversized, white, stuffed alpaca over her shoulder. "Alpaca your bags! #LizzieMcGuire, an original series coming soon to #DisneyPlus, is heading to the Big Apple for the next chapter in Lizzie`s story. Check out this exclusive photo from the first day of production," the network wrote on Instagram.

In response to their post, Duff jokingly wrote back, "The alpacas name is Henry. And she really kept a girl warm today"

Duff recently got fans excited about the upcoming reboot when she revealed last week that her on-screen family would also be returning for the series.

Hallie Todd, Robert Carradine and Jake Thomas are set to reprise their roles as mom Jo, dad Sam and brother Matt McGuire. The cast even convened for the first time in 15 years for a read-through of the reboot`s first episode in a photo shared on Instagram.

"We are standing in what will soon be the McGuire living room," Duff wrote beside the happy snap. "What`s up fam. We doin this #lizziemcguire #disneyplus."

The original series, which ran from 2001 to 2004 and was created by Terri Minsky, followed 13-year-old Lizzie, who dreamt of being popular in school, as her animated alter ego represented her true feelings.

The show was later made into a 2003 film, The Lizzie McGuire Movie, in which Lizzie went on a trip of a lifetime to Rome, Italy, following her 8th-grade graduation and got mistaken for an international pop star.

The new Lizzie McGuire series will revolve around Lizzie as a 30-year-old millennial navigating life in New York City. Original series creator Terri Minsky will serve as showrunner on the series.

Disney first announced that Duff would return for the reboot as the titular character during the D23 Expo convention in August.