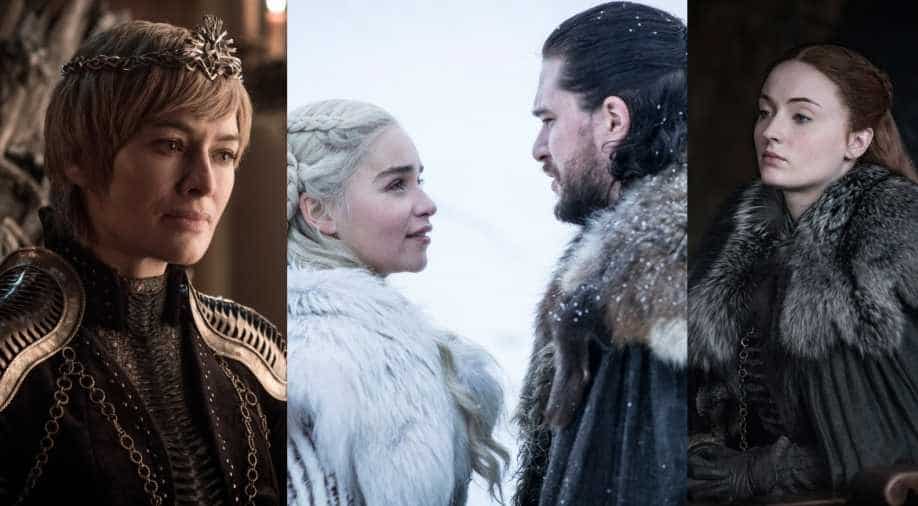 As season 8 starts streaming from April 14 of this year, makers of the hit series surely know how to keep the fans interested

We can officially say that ‘Game of Thrones’ is back as HBO released a new set of images for its upcoming season, that is the final.

As season 8 starts streaming from April 14 of this year, makers of the hit series surely know how to keep the fans interested, if there was ever a chance of not being! The pictures released show the prominent characters who are up in the race for the iron throne.

In one picture, Kit Harington and Emilia Clarke (Jon Snow and Daenerys Targaryen) are seen united as they look at each other with fondness (or is it love?). In another, they look at something, maybe planning their next move? Then there’s a single picture of them both.

The Mother of Dragons. #GameofThrones pic.twitter.com/R2FrEBnSV5

In one photo, Cersei Lannister played by Lena Headey is seen with a crown adorning her head. The queen’s brother Jaime Lannister is shown in another photo. If you remember clearly, he left the queen to join the fight against White Walkers.

Ofocurse, there's a photo of the other Lannister too.

Hand of the Queen. #GameofThrones pic.twitter.com/a3JHjcQm3V

There are photos of the Stark sisters, Arya and Sansa (played by Maisie Williams and Sophie Turner respectively). While Sansa looks like she means business, Arya is seen as thinking something. In the teaser released, Sansa was seen telling Daenerys, “Winterfell is yours” as Jon looked on.

Their brother Bran (played by Isaac Hempstead Wright), however, seems to be having a clear view of what lies ahead as he is seen safe and sound.

There are also pictures of Sam, Brienne of Tarth, Davos Seaworth, Tyrion Lannister and Varys.