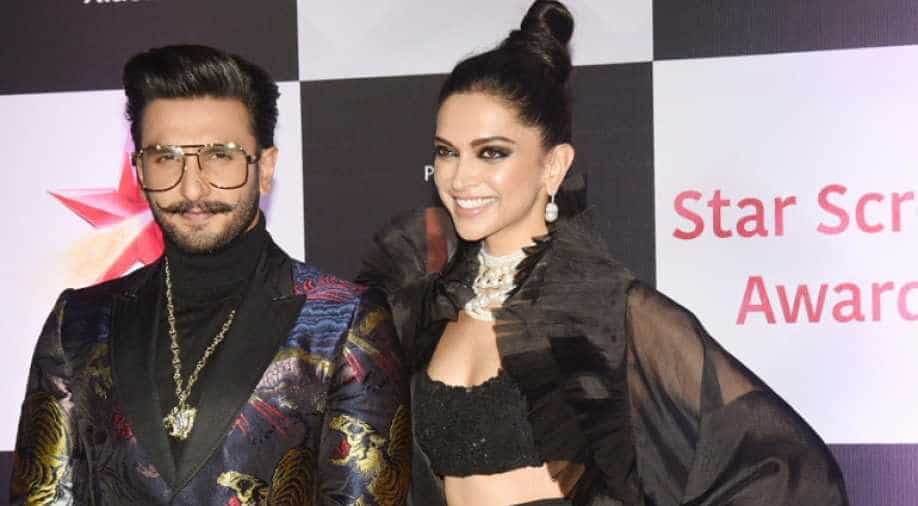 The couple coordinated their outfits in black and made heads turn as they walked on the red carpet.

The award season began on Sunday with the Star Screen Awards. Ranveer Singh took home the Best Actor trophy for his Allaudin Khilji act in 'Padmaavat'. The actor gave an emotional speech as he received the award and dedicated it to his parents, sister and his team. Ranveer then went on to profess his love for wife Deepika Padukone, who was in the audience beaming proudly and tearing up listening to her husband's acceptance speech.

"I may have not got the Queen in the film(Padmaavat) but in real life, I have got my queen. Baby, I love you. In the last six years, if I have achieved anything, it is because you kept me grounded. Thank you for everything," said Ranveer amid loud cheering.

He later shared a photo of Deepika smiling with tears in her eyes on his Instagram stories and captioned it as 'Proud Wifey'.

The couple coordinated their outfits in black and made heads turn as they walked on the red carpet.