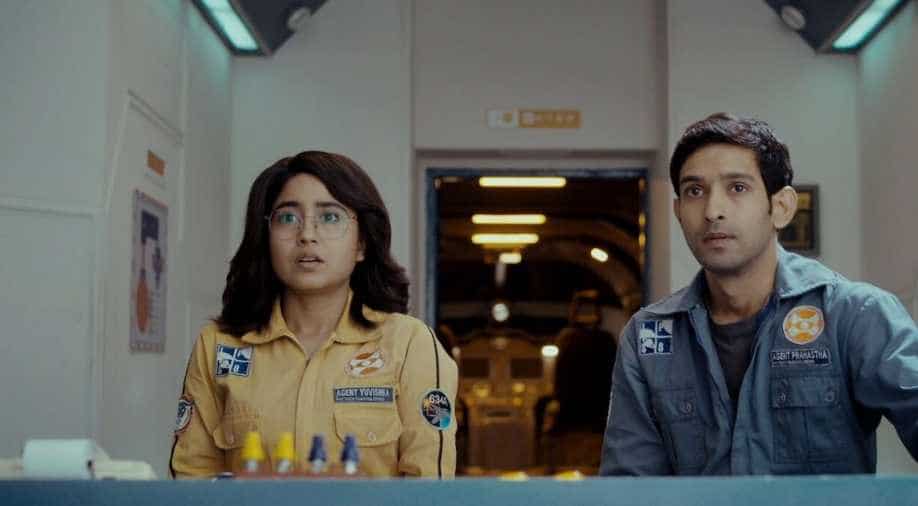 Talking to WION on her vision behind the film that stars Vikrant Massey, Shweta Tripathi in pivotal roles, Arati Kadav opens up about experimenting with her films, love for the science fiction genre and more.

Hailed as an aboriginal sci-fi drama that answers and questions simultaneously about concepts of after-life, hell-heaven, reincarnation, Netflix’s ‘Cargo’ has piqued the interest of many. Liked for its authenticity and not-seen-before treatment of a concept that is usually dealt with the prism of mysticism, director Arati Kadav’s honest approach has found its place on the trending list since its premiere on the streaming channel on September 9.

Talking to WION on her vision behind the film that stars Vikrant Massey, Shweta Tripathi in pivotal roles, Arati Kadav opens up about experimenting with her films, love for the science fiction genre and more.

“I am a crazy sci-fi fan” is how Arati started the conversation as she mentioned how she “lives in a separate universe” as she envisions projects like ‘Cargo’ that is now on Netflix after having travelled to international film festivals for more than a year. “I have only been consuming science fiction, reading and listening to science fiction podcasts for the last 6-7 years,” said Arati as she discussed writing the film.

Arati Kadav was certain she wanted to make a science fiction and so before ‘Cargo’ took shape, she was going to make a superhero sci-fi but it didn’t materialise because of lack of resources. ‘Cargo’ became possible when she got access to a studio where she could make her spaceship as she knew she definitely wanted one in her film. Shweta Tripathi and Vikrant Massey were then roped in. Shweta happened first as she came visiting her one day with a friend and as the actress was working with Vikrant while they filmed for ‘Mirzapur’, Arati knew she had got her Prahastha and Yuvishka (demon god who handled the souls of dead people and his assistant) in Vikrant and Shweta.

“When Shweta came to my house one day, I realised she is an actress and very good at it. I always found her work good but she’s also technically solid and understands philosophy really well. First I got her in. I wooed her by writing the character's name as Shweta. She was shooting with Vikrant for ‘Mirzapur’. So I approached him for this. I feel he’s the next superstar. I had been following his work,” said Arati.

Elaborating how the idea struck to her, she said, “In Africa, Japan, China, India -- every religion has an after-life myth because it helps you to make sense of the life you're living so I thought to myself ‘why not make a film around that and upgrade our myth’. Every generation leaves a story for the next. The last afterlife myth is that of Yamraj which was written 10,000 years ago.”

“Inspiration came from real life. I was in immigration office in Japan when I observed how all of us were standing tired in a queue so it was almost like not just our suitcases were on the conveyor belt but also us.”

As the film deals with the myths of after-life, the concept of hell-heaven is also explored. Does Arati not believe in it in real life? “I don't believe in any of that. My family is religious and I am personally influenced by Buddhist philosophies in general but I do also believe in chaos theory. There is nothing that happens post-death. We are trying to overvalue our lives. I feel that regardless of what you believe, if you arrive at the fact that you have to be a good person then it's okay. All religions are basically encouraging you to be a good person. I know that this is a story and stories are such powerful things. We all chose stories that we believe in,” she said.

With much talk around the novelty of the idea, Arati is happy that it has started a new conversation -- of females in this space. “Females dont dont fit the mythology of a director, forget about them fitting the mythology of science-fiction directors. I just feel it is very nice. When a woman makes a sci-fi and if you are reaching both genders via your story, that’s powerful.”

"The film has extreme reactions. It was anyway meant for 10% people and those people who are liking the film, they do it because they understand the philosophy that goes behind the film,” said Arati.

The film is produced by Arati Kadav, Shlok Sharma, Navin Shetty, and Anurag Kashyap. The movie is a production of Fundamental Pictures and Electric Films. Vikramaditya Motwane is the executive producer.