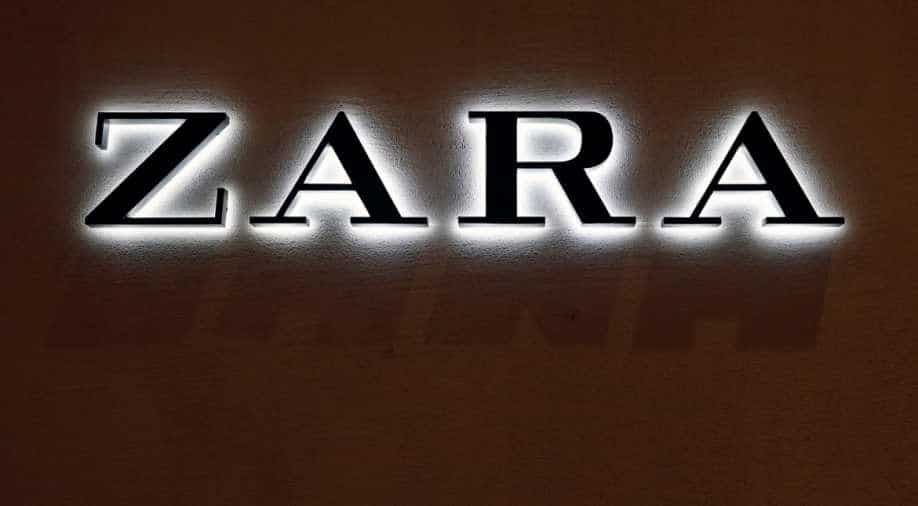 The logo of the Zara store is seen in a mall at Vina del Mar, Chile Photograph:( Reuters )

Inditex, owner of fashion chain Zara, shrugged off malaise affecting the broader apparel sector to post strong profit growth on Wednesday and forecast full-year same-store sales of up to 6 per cent.

At a time when fashion retailers are struggling to adapt to changing shopping habits, Inditex has benefited from its ability to quickly deliver small batches of the latest designs to consumers due to its fast and flexible sourcing arrangements.

The Spanish retail giant reported a net profit of 1.17 billion euros ($1.3 billion) for the third quarter slightly above analysts' expectations and up 14 per cent from the year-ago period. Revenue for the quarter was 7 billion euros.

Inditex did not give a trading update on sales since the new financial quarter started in November.

The company said it had tightly controlled operating expenses even as it enlarged and improved stores like the flagship Zara in The Dubai Mall in the United Arab Emirates.

Inditex said the low inventory and strong sales seen in the financial period was thanks to its business model of tight control of products throughout the supply chain and quick response to trends due to short design-to-production times.

"Our very low level of inventory allows us to have low levels of commitment at any given time and we continue to make decisions during the season," Chairman Pablo Isla told analysts on a conference call.

The company said it was online to have stock-tracking technology RFID on products across its stable of brands by 2020. The RFID tags attached to clothing allow the company to match items to buyers, meaning more is sold at full price.

Shares, which had risen 28 percent in the year to date, traded higher to touch year-highs of over 29 euros per share.

In a sign of how some fashion retailers are failing to keep track of their inventory, British label Ted Baker said last week it had overstated the value of its inventory by as much as 25 million pounds ($32 million).

Though Inditex largely eschews partnerships with high-profile celebrities, the collaboration between its youth-oriented Bershka brand and singer-songwriter Billie Eilish had been particularly successful, Isla said.