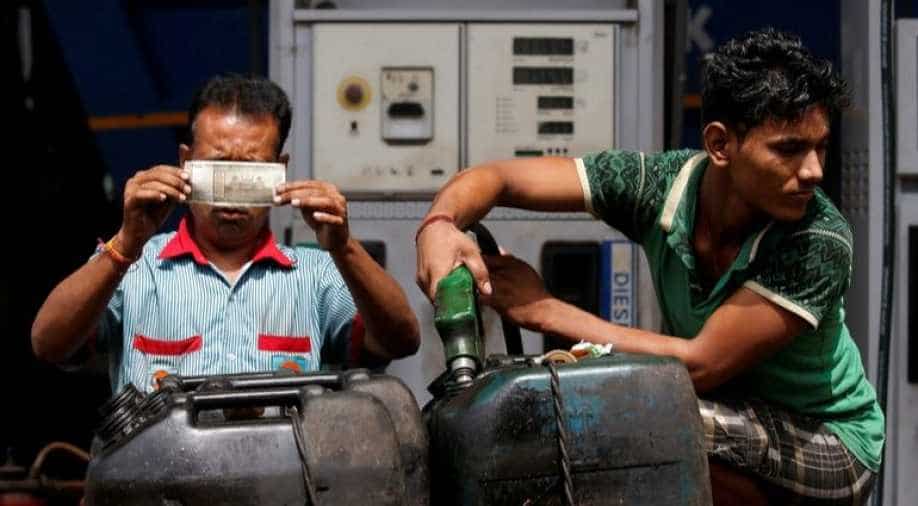 A worker checks a 500 Indian rupee note as a man fills diesel in containers at a fuel station in Kolkata Photograph:( Reuters )

India's fuel demand fell to its lowest in more than two years in September.

India's fuel demand fell to its lowest in more than two years in September, data from the Petroleum Planning and Analysis Cell (PPAC) showed.

Consumption of fuel, a proxy for oil demand, totalled 16.01 million tonnes, its lowest since July 2017, down about 0.3 per cent compared with the same month last year.

Meanwhile, consumption of diesel, which is widely used for transportation as well as for irrigation needs in India, slipped more than 3 per cent year-over-year to 5.83 million tonnes, its lowest since January 2017.

Sales of gasoline, or petrol, were 6.3 per cent higher from a year earlier at 2.37 million tonnes.

Sales of bitumen, used for making roads, were 7.3 per cent lower, while fuel oil use edged lower 3.8 per cent in September.