In a first, World Trade Organization to be led by a woman 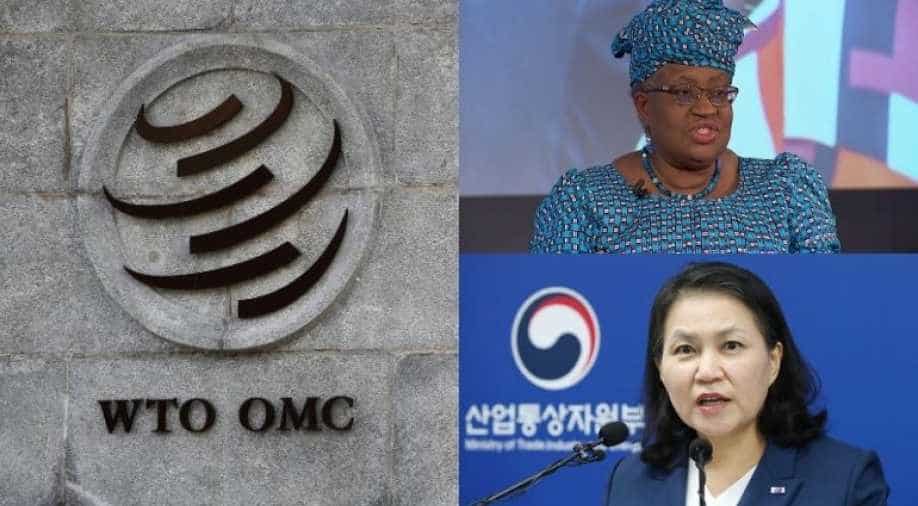 The World Trade Organization announced Thursday Nigeria's Ngozi Okonjo-Iweala and South Korea's Yoo Myung-hee are the finalists to become its next director-general, ensuring a woman in the top job for the first time.

These are the candidates moving on for members' further consideration. The result creates an historic precedent for the WTO: the 7th Director-General will become the first woman to lead the Organization. Consultations resume on 19 Oct #WTODG
Find out more: https://t.co/q4pHXjEl2z pic.twitter.com/l4viBOncSk

WTO spokeman, Keith Rockwell said the third and final stage of the run will take place from October 19 to Ocotber 27 and that a decision should be made by November 7.

We're right on schedule for this. We might even be a little bit ahead of schedule," he said.

Asked about changes that might occur as US presidential elections will take place four days before the deadline for the decision, Rockwell said: "I don't think the domestic political situation of any country has really entered into this at all, as far as I can tell".

A selection committee said that Ngozi Okonjo-Iweala of Nigeria and Yoo Myung-hee of South Korea qualified for the final round in a race expected to end in the coming weeks. They were picked out of a pool of five candidates.

''Deeply grateful and honored to be selected for the final round in the selection process of the next @WTO Director General!'' tweeted Yoo, who has a law degree from Vanderbilt University.

Deeply grateful and honored to be selected for the final round in the selection process of the next @WTO Director General!

We need a capable & experienced new leader who can rebuild trust and restore relevance of the @WTO. I look forward to your continued support! Thank you!!! https://t.co/Gz94jTzgzB

Okonjo-Iweala on Twitter thanked WTO members for their support and wrote that she was ''happy to be in the final round."

Happy to be in the final round of the @wto DG campaign. Thanks, WTO members for your continued support of my candidacy. I could not have made it without the prayers and support of all Nigerians and friends around the world. Thank you @MBuhari and all my friends. Aluta continua!

The previous WTO director-general, Roberto Azevedo of Brazil, made a surprise announcement in May that he would leave the job a year early, citing a ''personal decision''. He left without a successor on August 31.

Azevedo's seven-year tenure was marked by intense pressure from US President Donald Trump, who repeatedly accused the WTO of ''unfair'' treatment of the U.S. And started a trade war with China in defiance of the WTO system. In the past, Trump has threatened to pull the United States out of the trade body altogether.

The WTO's dispute settlement system is perhaps the world's best-known venue for resolving international trade disputes - such as those pitting plane-makers Boeing and Airbus in recent decades. But the United States has clogged up the dispute settlement machinery by blocking any new members for its highest court, the Appellate Body, which has unable to address new disputes since last year.

The next director-general will face the daunting task of keeping the United States on board if Trump wins a second term, amid Washington's allegations that China is engaged in unfair practices such as excessively subsidizing industries and stealing intellectual property, notably at the expense of Western businesses hoping to tap the expanding Chinese market. China rejects the allegations.

The WTO, which was created in 1995 out of the former General Agreement on Tariffs and Trade, has never had a woman director-general or national from Africa as its leader. It operates by consensus, meaning that any single member country can block decisions.