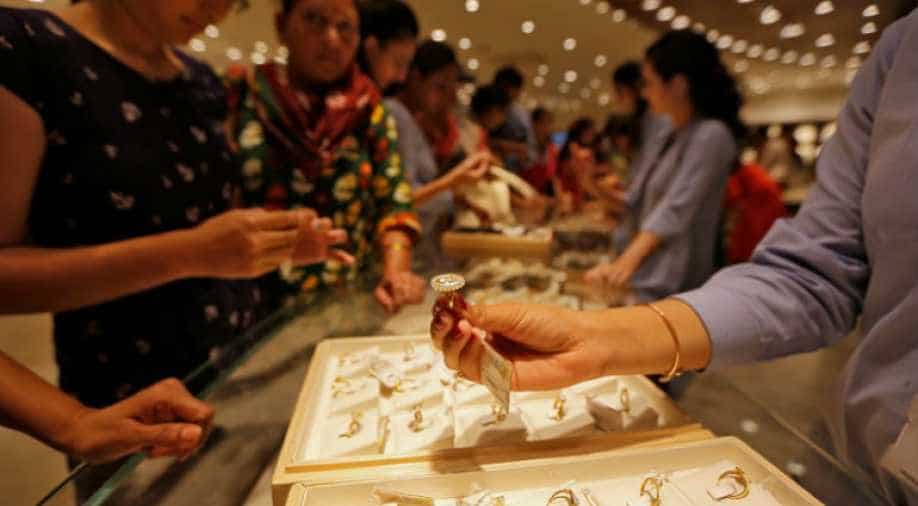 Gold dipped in the early Asian hours but interest out of China provided some support later Photograph:( Reuters )

Gold inched higher on Wednesday as market participants awaited a statement from the US Federal Reserve for hints on the central bank's monetary policy stance following its two-day meeting.

Markets are also keeping a close track on the naming of the next Fed chair, the Bank of England's policy meeting on Thursday and US payrolls data on Friday.

Gold dipped in the early Asian hours but interest out of China provided some support later, analysts said.

"Shanghai saw a heightened premium around $9 as a result of lower spot price and physical demand out of the region acted to restrict further declines leading into European hours," MKS PAMP trader Sam Laughlin said in a note.

The Fed is scheduled to release its statement following its meeting on Wednesday at 2 pm EDT.

"A rate hike in December is largely priced into markets. However, investors are looking for the Fed stance on monetary policy: in particular, the inflation outlook and how the Federal Reserve wishes to respond," said John Sharma, an economist with National Australia Bank.

"In other words, whether they are likely to adopt a 'wait and see' mode, or get ahead of the curve. The latter will, of course, be negative for gold."

Meanwhile, Fed Governor Jerome Powell, seen as more dovish than other contenders for the post, has been favored to be named as the next Fed chair by Trump on Thursday.

In the wider markets, the dollar was flat against a basket of currencies, while Asian shares hit a 10-year high on Wednesday on the back of solid economic growth globally.