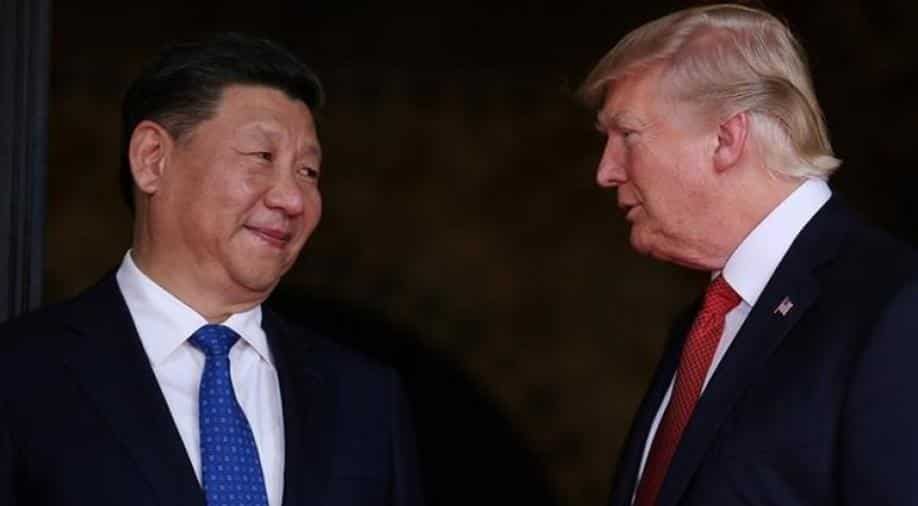 A US official said the fate of the December 15 tariffs is being considered as part of negotiations and a potential signing trip this month.

China is pushing US President Donald Trump to remove more tariffs imposed in September as part of a "phase one" US-China trade deal, people familiar with the negotiations said on Monday.

The deal, which may be signed later this month by Trump and Chinese President Xi Jinping at a yet-to-be-determined location, is widely expected to include a US pledge to scrap tariffs scheduled for Dec. 15 on about $156 billion worth of Chinese imports, including cell phones, laptop computers and toys.

A US official said the fate of the December 15 tariffs is being considered as part of negotiations and a potential signing trip this month.

Another source briefed on the talks said Chinese negotiators want Washington to drop 15% tariffs on about $125 billion worth of Chinese goods that went into effect on September 1. They are also seeking relief from earlier 25% tariffs on about $250 billion of imports from machinery and semiconductors to furniture.

A person familiar with Beijing's negotiating position said that China is continuing to press Washington to "remove all tariffs as soon as possible."

China's request to remove the September 1 duties was earlier reported by Politico, citing sources. The Financial Times newspaper also reported the White House was considering whether to roll back the Sept. 1 tariffs, which cover some clothing items, flat-screen televisions, smart speakers and Bluetooth headphones.

Ralph Winnie, director of the China program at the Eurasia Center, said wrapping up the interim trade pact would provide a boost to both the US and Chinese economies, while handing Trump an important win among farmers - a core constituency.

"It’s in both countries’ interest to have this trade deal," Winnie said. "If he seals the deal, it will be looked on very favourably by the American people. It’s a win-win for both countries."

Speaking on Tuesday at an import fair aimed at burnishing China's free-trade credentials, President Xi Jinping called on countries to stand against protectionism and reiterated pledges to continue to open China's economy and strengthen protection of intellectual property rights.

Foreign governments and business groups have become sceptical of Chinese reform promises and have longed warned that China would invite retaliation if it didn't match the openness of its trading partners.

Analysts say the phase one deal will fail to adequately address these issues, focusing largely on Chinese purchases of US farm goods and intellectual property protection related to copyright and trademark issues. It will not address industrial subsidies at all.

China was requesting some changes to the text, but parts of the agreement are “very close to finished,” including the text on financial services, said a US source briefed on the negotiations. The text on agriculture was “dozens of pages long and nearly completed,” the source said.

“It is important to both sides to get this agreement across the finish line,” said the source, adding that the two presidents were very likely to meet before the end of the month.

Charles Boustany, a former congressman from Louisiana and counsellor at the National Bureau of Asian Research, said any initial agreement would likely be short-term in nature and unstable.

"Even though there's some talk about a phase one agreement, we don't think it’s going to be substantive in terms of addressing any of the structural problems," he said. "It would largely be a status quo situation where China continues to do what it’s doing."

Some business groups complain that a central component of the "phase one" deal - increased access to China's financial services market - will fall short of its promises, because of inconsistencies in China's new foreign investment law.

In comments submitted to the Chinese government by the US Chamber of Commerce, the American Chamber of Commerce in China and the US Information Technology Office, the groups pointed out that Beijing's draft regulations "do not address clear differences between the treatment of China's state-owned enterprises and the private sector," according to a person familiar with the comments.

Trump had said on Friday that negotiations on the initial phase agreement were going well and he hoped to sign the deal with Xi at a US location when work on the deal was completed.