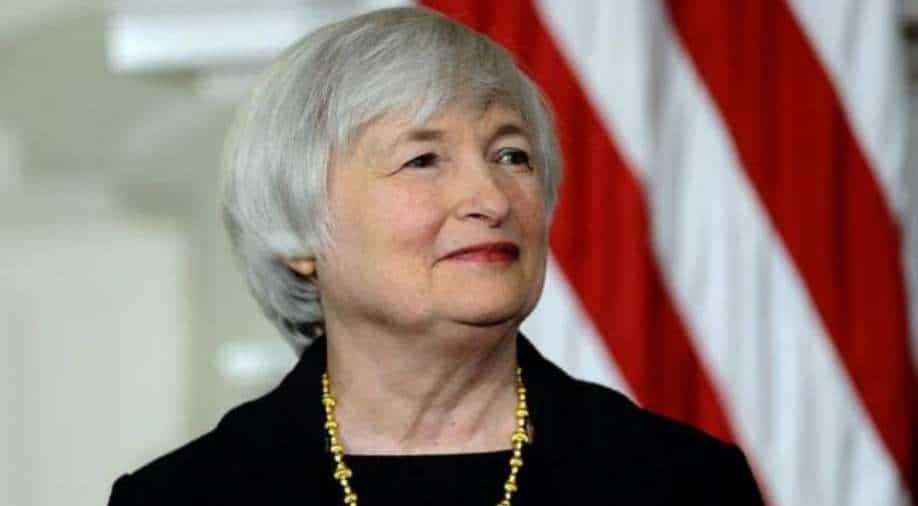 Meeting in Venice, G20 ministers, including Yellen,  on Saturday endorsed a plan agreed by 132 countries to overhaul the way multinational companies, including US digital giants, are taxed

US Treasury Secretary Janet Yellen on Sunday urged the European Union to reconsider its plans for a "discriminatory" digital tax, saying the new global reform deal should make it redundant.

Meeting in Venice, G20 ministers, including Yellen,  on Saturday endorsed a plan agreed by 132 countries to overhaul the way multinational companies, including US digital giants, are taxed.

"The agreement that we've reached in the OECD framework discussion calls on countries to agree to dismantle existing digital taxes that the United States has regarded as discriminatory and to refrain from erecting similar measures in the future," Yellen told reporters.

"So it's really up to the European Commission and the members of the European Union to decide how to proceed. But those countries have agreed to avoid putting in place in the future and to dismantle taxes that are discriminatory against US firms."

Yellen is due in Brussels on Monday for talks with Eurozone finance ministers.

Negotiations at the Organisation for Economic Cooperation and Development (OECD) secured a historic agreement on July 1 for a global minimum corporate tax rate of at least 15 per cent, and to allow nations to tax a share of the profits of the world's biggest companies regardless of where they are headquartered.

In a diplomatic document seen by AFP late last month, Washington warned the EU that its plans for a bloc-wide digital levy, which it sees a discriminating against US technology firms, risked "entirely derailing" the negotiations at the OECD.

Three EU countries -- including Ireland, which has become a European base for a raft of US companies thanks to low tax rates -- have yet to sign up for the OECD agreement.

Yellen said she would seek to persuade them.

"I will use the opportunity to try to explain why we think that the few remaining EU countries that have not endorsed the inclusive framework, why we think it's in the world's interest, in their interests to be part of the agreement," she said.

"In some cases, there are very specific technical issues that it may indeed be possible to address and where that's possible I know all of us will be working in the common months to do that and to bring those countries on board."

The European Commission has insisted its new levy plan, due to be unveiled later this month, would conform with whatever is agreed at the OECD and would hit thousands of companies, including European ones.

Money raised from the digital tax is intended to help pay for the bloc's 750-billion-euro post-pandemic recovery plan.