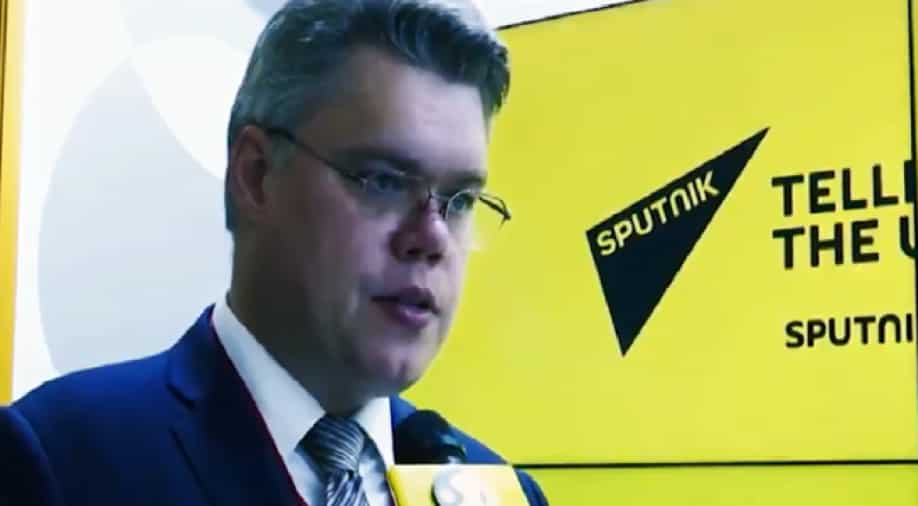 Sputnik and WION aim to amplify digital and broadcast content of the two nations with technologically enhanced communication.

WION and Russian news agency Sputnik exchanged letters of intent on the sidelines of the Eastern Economic Forum(EEF) in the backdrop of Prime Minister Narendra Modi's two-day visit to Russia.

Sputnik and WION aim to amplify digital and broadcast content of the two nations with technologically enhanced communication. The MoU will also help facilitate coordination and exchange of information and ideas with various communities of the two countries.

Sudhir Chaudhary, Editor-in-Chief, WION, said: "A glorious friendship that has withstood the test of time and vagaries of history embarks on a journey to deepen mutual respect through culture, education and science. This new era of bilateral cooperation promises to be a model for the world and will demonstrate the importance of soft power in a complex geopolitical landscape."

The partnership will focus on the creation of an interactive platform that develops rich content in all forms to ensure improved understanding of the socio-cultural values of the two nations with a view towards harnessing technological innovation while delivering accurate content. The exchange of content would involve issues related to cultural, humanitarian, economic, sports and political events.

"The ties between Russia and India are very strong historically, and our cooperation will meet this high standard. The Indian media field has requested for news content from our country, and we hope that we can satisfy the needs of the audience," Vasily Pushkov, Sputnik Head of International Projects, said, at a letter-exchange ceremony between WION and Sputnik at Vladivostok.

The partnership is meant to uplift the spirit of friendship and cooperation between the two great nations - Russia and India.

WION is India’s first news channel dedicated to putting forth India’s perspective on emerging global issues to the world. WION's vision is to create avenues for discourse which can complement India’s efforts in setting a new global agenda on principles of free trade, human rights and co-existence of civilizations that in turn can consolidate India’s position in the world as a responsible global power.

As a responsible fourth pillar of democracy, WION believes in the importance of providing news that is rich in content and allows viewers to form an informed view on key debates affecting India and the world. In order to achieve this end, WION actively engages with global leaders, game changers, influencers, activists, environmentalists and corporate leaders from all quarters of the world to fulfill its goals.

India's premier English channel was inaugurated by the honourable Prime Minister of India Narendra Modi and former President of India Pranab Mukherjee in 2016.

Sputnik is one of the largest international media houses combining multimedia and regional Internet sites in 32 languages including in analogue and digital broadcasting in Russian, English, French and other languages ​​in more than 90 cities around the world and on the Internet.

Sputnik's through its news feeds delivers information to leading publications around the world in English, Arabic, Chinese, Spanish and Farsi.