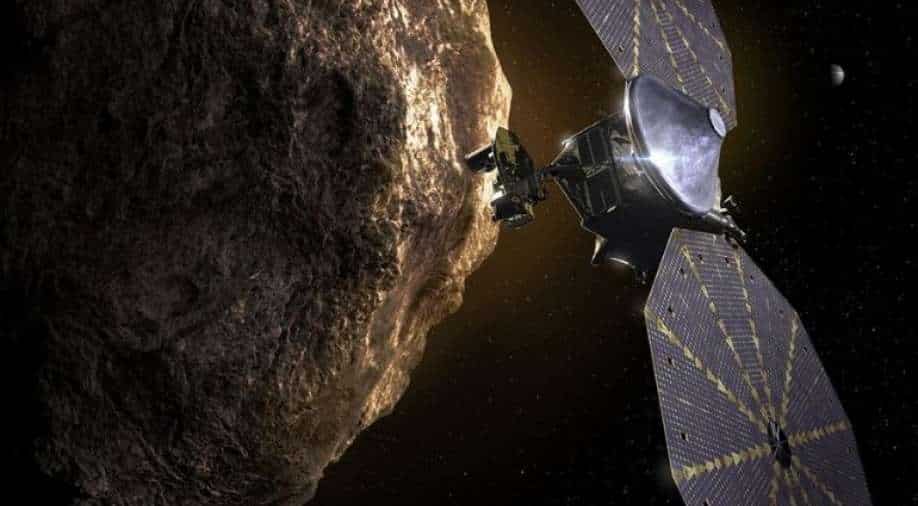 NASA official Pam Melroy spoke of benefits of space exploration during a discussion with heads of space agencies from the Quad countries (Japan, Australia, India, US), hosted as part of the Sydney Dialogue, by the Australian Strategic Policy Institute.

There are great benefits here on earth as a result of space exploration activities and continued human presence in Low Earth Orbit, according to Colonel Pam Melroy, NASA’s deputy administrator.

“Climate change is an existential crisis, the best place to monitor earth, is from space… There are a lot of problems to solve… We go to space to benefit life on earth and those who spend their effort on it, see a direct line of sight.”

The top American official was in discussion with heads of space agencies from the Quad countries (Japan, Australia, India, US), hosted as part of the Sydney Dialogue, by the Australian Strategic Policy Institute.

“Traditionally government agencies carried out space activities, but there has been increased activity in low earth orbit (LEO) in the last decade. In the midst of this, ordinary people and astronauts are going to space. Increasing access to space can create new services on earth and improve life here” agrees Dr. Hiroshi Yamakawa, President, Japan Aerospace Exploration Agency(JAXA).

On the need for greater collaboration between Quad countries, he added that the Future Lunar exploration has to be a joint effort, as there exists the possibility of having a manned space station in the vicinity of the moon, which can enable sustained exploration in the region and also on the Lunar surface. The Japanese Space agency head emphasised the need for multi-national missions to Mars that would be led by Quad countries, owing to the high costs of manned missions.

Despite being a recent entrant, the Australian Space Agency hopes to build upon its long legacy of having performed and facilitated deep space communications, remote operations and space medicine, life sciences, to further their spacefaring ambitions.

It is noteworthy that, unlike the other three Quad countries, Australia doesn’t yet have a standalone, independent space-faring programme and that they work with other agencies and countries to jointly perform missions.

However, the Australian Space Agency wants to grow big and grow quick. “We are looking to nurture and foster industry, by investing on R&D , by offering grants, special programmes, working with other space agencies and instilling confidence abut there being a market” says Enrico Palermo, Head, Australian Space Agency.

Asked about Australia having its own human spaceflight programme, Palermo expressed optimism and said that they would have a shot eventually, considering the increasing easy accessibility to space and rapid miniaturisation of technological and aerospace components.

Elaborating on Australia’s geographic advantages, open ranges, experience in space medicine and life sciences, deep space communication networks, he said that Australia would end up in a position to have an Astronaut programme.

He also made a mention of Australia’s communication and tracking support being offered to India’s Gaganyaan Human Spaceflight programme and NASA’s Artemis, Manned Lunar exploration programme.

“NASA is an engine to drive commercial development and space exploration is the fuel for this engine… Pushing ourselves to do something super challenging is the fuel,” said Melroy, a former NASA astronaut.

According to her, NASA would be a facilitator that would provide funding, strike partnerships, open doors and nurture private players to go forward in the exploration of deep space.

“Sustained presence in Low Earth Orbit had helped us understand and develop more efficient combustion engines, key processes in the human body, insights for medicine development etc.” she said, regarding some of the breakthroughs facilitated by astronauts’ presence in the International Space station labs.

On NASA’s future plans, Melroy said, "we intend to handoff LEO (500-200km orbit) to commercial partners, so that we can put more investment into expanding out into the solar system.

“If we continue to do everything on our own, it would be very tough to find the resources for it” she said on the importance of having private companies undertaking important spacefaring and support missions.

It is significant to note that the Indian government had announced reforms in the country’s space sector, in 2020, to enable private players to perform end-to-end spacefaring activities including designing, owning, building of rockets, satellites, launching of rockets and spacecrafts, providing support and ground services.

The Indian space sector has been dominated by the state-run ISRO since the very inception of India’s space programme, while private companies were only vendors and suppliers of components and services.

However, the latest reforms in India are aimed at opening up this lucrative industry, that is estimated to be worth $440 billion worldwide.