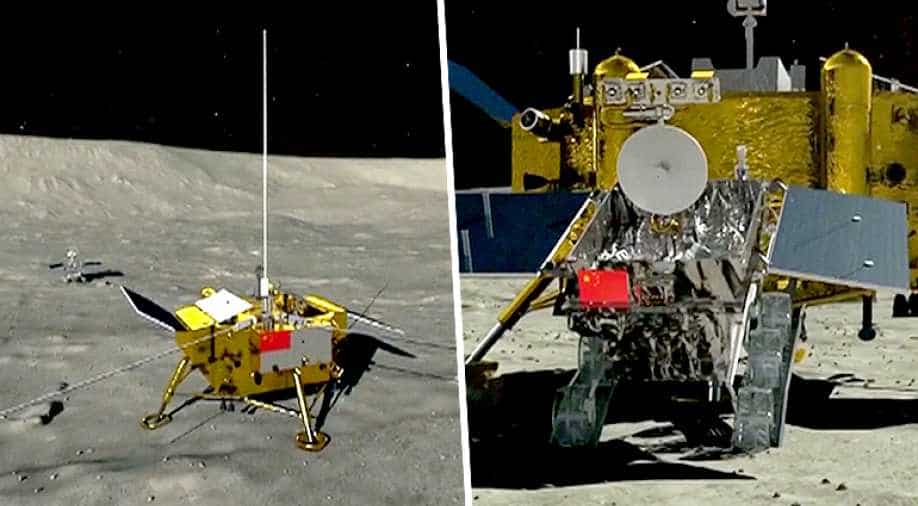 The Chang'e-4 mission - named after a moon goddess - made the world's first soft landing on the Moon's far side on January 3rd.

China's lunar rover got back to work on the far side of the Moon Thursday after waking from a five-day hibernation, its official social media page announced.

"Afternoon nap is over, waking up and getting moving," the Yutu-2 (Jade Rabbit-2) posted on the Twitter-like Weibo.

The rover on Saturday went into standby mode to protect itself from temperatures reaching towards 200 degrees Celsius, the China Lunar Exploration Program under the China National Space Administration (CNSA) said.

The 140-kilogram (308-pound) rover has since resumed activities, which will include taking a picture of the front side of the lander and exploration missions.

The Chang'e-4 mission - named after a moon goddess - made the world's first soft landing on the Moon's far side on January 3rd.

The rover, named after the moon goddess's pet rabbit, successfully separated from the lander and drove onto the Moon's surface last Thursday.

Beijing is pouring billions into its military-run space programme, with hopes of having a crewed space station by 2022, and of eventually sending humans on a lunar mission.

This is the second Chinese probe to land on the Moon, following the Yutu (Jade Rabbit) rover mission in 2013.

China's space agency has said the mission "lifted the mysterious veil" from the far side of the Moon, which is never seen from Earth, and "opened a new chapter in human lunar exploration".

Unlike the near side of the moon that offers many flat areas to touch down on, the far side is mountainous and rugged.

The Moon is "tidally locked" to Earth in its rotation so the same side is always facing Earth.

The Chang'e-4 probe is equipped with instruments developed by scientists from Sweden, Germany and China to study the lunar environment, cosmic radiation and the interaction between solar wind and the Moon's surface, the official Xinhua news agency reported.

Chang'e-4 landed within the South Pole-Aitken (SPA) Basin, the largest and deepest impact crater in the solar system.

Scientists have said it is a key area for solving several unknowns about the moon, including its internal structure and thermal evolution.