Human waste is piling up from Chinese vessels in a disputed section of the South China Sea, causing substantial damage to coral reefs and animals, according to satellite photographs collected over the last five years, a US-based analyst warned on Monday.

Swarms of Chinese vessels have dumped human waste and wastewater for years in a disputed area of the South China Sea, causing algae blooms that have damaged coral reefs and threatened fish in an unfolding catastrophe, a US-based expert said Monday.

Satellite images over the last five years show how human waste, sewage and wastewater have accumulated and caused algae in a cluster of reefs in the Spratlys region where hundreds of Chinese fishing ships have anchored in batches, said Liz Derr, who heads Simularity Inc, a software company creating artificial intelligence technologies for satellite imagery analysis.

At least 236 ships were spotted in the atoll, internationally known as Union Banks, on June 17 alone, she said at a Philippine online news forum on China's actions in the South China Sea, which Beijing has claimed virtually in its entirety.

“When the ships don't move, the poop piles up,” Derr said.

“The hundreds of ships that are anchored in the Spratlys are dumping raw sewage onto the reefs they are occupying.” 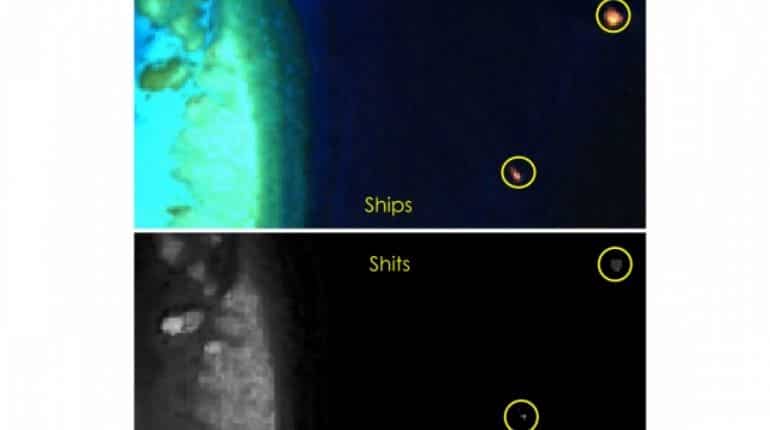 Chinese officials did not immediately react to Derr''s assessment of the environmental damage but have said in the past that they have taken steps to protect the fisheries stock and the environment in the South China Sea.

Aside from the Chinese, Vietnamese forces have also occupied some coral outcrops in Union Banks, which is also claimed by the Philippines, although it has no presence in the vast atoll.

Department of Foreign Affairs Assistant Secretary Eduardo Menez in Manila said the findings would have to be assessed and validated by Philippine authorities before a decision on whether to protest against China could be made.

“This is a catastrophe of epic proportions and we are close to the point of no return,” Derr said.

She warned that schools of fish, including migratory tuna, breed in the reefs that are being damaged and could cause fish stocks to considerably decline in an offshore area that is a key regional food source.

Separately, China's military said it chased a US warship out of another disputed area of the South China Sea on Monday after Washington warned an attack on the Philippines might activate a mutual defence treaty.

Beijing affirmed its claims to portions of the sea that also are claimed by Southeast Asia governments. It rejected the Biden administration's declaration of support Sunday for a 2016 international tribunal ruling in favour of the Philippines that threw out most of them.

China is increasingly assertive about pressing its territorial claims, which are fueling tension with neighbours including Japan, India, Vietnam and the Philippines.

China's People's Liberation Army said it sent ships and planes after the USS Benfold entered waters claimed by Beijing around the Paracel Islands.

In March, Philippine authorities spotted more than 200 Chinese fishing vessels at Whitsun Reef, in the northeastern periphery of Union Banks, and demanded that China withdraw them from the area. China ignored the demand for weeks while continuing to assert the reef is its territory.

The Philippines argued that Whitsun Reef lies well within an internationally recognized stretch of waters where it has exclusive rights to exploit fisheries, oil, gas and other sea resources.

It cited the international tribunal's 2016 ruling that invalidated China's vast claims to the waterway on historical grounds and unanimously upheld the Philippines'' sovereign rights to the so-called exclusive economic zone.

A few hundred protesters held a noisy rally Monday in front of the Chinese Consulate in Manila to mark the fifth anniversary of the ruling, which China ignored and continues to defy.

The protesters lashed out at President Rodrigo Duterte, who has nurtured closer ties with Beijing, for refusing to aggressively demand that China comply with the landmark ruling.