Uzbekistan is taking efforts to make its economy sustainable and green 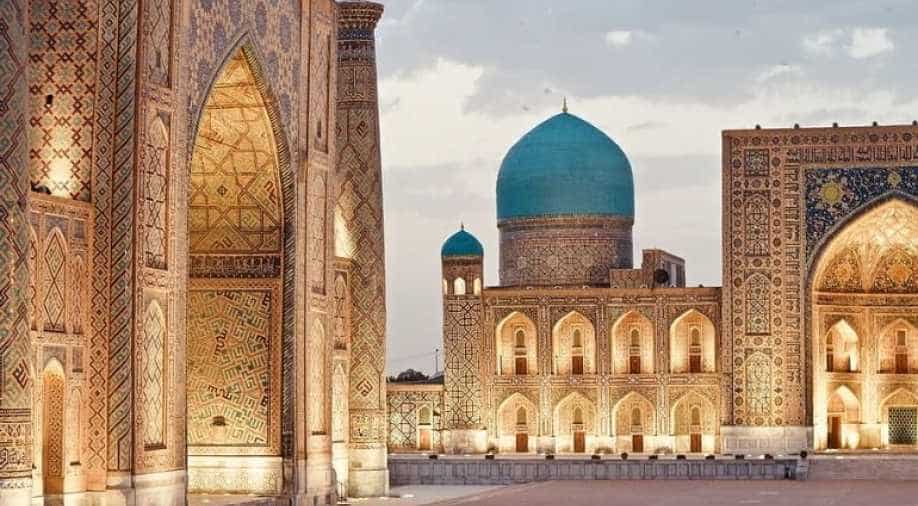 Here is a look at the growth, reforms, challenges and future of Uzbekistan’s economy.

Uzbekistan, one of the fast-growing countries in the world, is reforming its economy to make it sustainable and green. In the past decade, its GDP growth rate exceeded that of the group of leading CIS countries (Russia, Kazakhstan and Belarus) and several countries of the Central Asian region (Kyrgyzstan, Tajikistan), according to a document shared by the nation’s embassy to India.

Here is a look at the growth, reforms, challenges and future of the nation’s economy:

The country liberalised its foreign exchange market, simplified visa processes and moved to a flat income tax rate of 12%. It also reduced cost of doing business, opened branches of some foreign universities of Korea, Russia, the US and India. In 2017 alone, 18 free economic zones, 77 small industrial zones and10 technology parks were established.

Products under export ban were reduced, mandatory sale of foreign currency earnings was abolished, customs duty slashed, export contract procedures simplified, and additional conditions for the export of fruits and vegetables were created, according to the embassy document.

A law on combating corruption was adopted, and steps were initiated to curb the shadow economy.

Digital technologies were introduced, with 211 state services rendered through a single portal. Since January 1, scores of licenses and permits were abolished, and registration time and permission documents were reduced or simplified. Non-cash payments went up.

An anti-corruption Agency was set up in mid-2020. From 2017 to the end of 2020, 17 regulations were adopted to fight corruption. From 2021, an annual rating system will evaluate the personal responsibility of regional and government leaders in the fight against corruption and the shadow economy.

A National Project Management Agency was created to ensure consistency in economic reforms process and to introduce modern information management systems. A Ministry of Investment and Foreign Trade was formed for implementing investment policy and attracting foreign investment, among other things.

Several measures were introduced to to limit the vulnerability of the civil service to political pressure.

Some businesses have been given tax vacations due to Covid pandemic and expenditures have been reduced.

STATE OF THE ECONOMY

Manufacturing sector's share in industrial production has not changed dramatically in the last 10 years.

The value of gross investment in 2018 rose to 30.6% of GDP (against the 21.4% average in 2010-17), 37.1% in 2019 and 34.8% in 2020.  But the level of monetisation (the ratio of broad money to GDP) of the economy remained significantly below the world average for the developing world (from 50% to 100%), which made it difficult for the national banking sector to credit investment projects. As a result, foreign lending became the main source of financing, which led to a rapid growth of external debt.

Insufficiently thought-out liberalisation has changed the ratio between exports and imports. While in 2011-2016 the foreign trade balance was active (estimated at  +1.6% of GDP), in the last four years it has become deficit, at minus 10-12% of GDP in 2018-2020.

A review of economic reforms is needed. The new economic model should focus on domestic sources of development, resource saving, solving social problems including the fight against poverty and the shadow economy, and reducing the burden on natural capital.

The new industrial policy should aim  at processing of raw materials, digitalising industries and enterprises, introducing less energy-intensive "green technologies", and forming technological platforms for the development of basic industries. Estimates say digital systems will improve productivity by 20% at existing facilities, and increase output of finished products by 5-10%. This will enable growth of sustainable employment in industrial production.

The investment policy will contribute to positive technological shifts with a growing share of medium and high-tech industries.

Uzbekistan’s gross agricultural output grew by almost 7.2% in 2016-2020, with attention paid to multi-purpose farms. These farms are exempt from payment of the single tax for five years on all types of activities not related to crop growing.

In 2019, an agriculture development strategy was approved. It seeks to ensure food security; create a favorable agribusiness climate and value chains; and reduce the role of the state and increasing investment attractiveness.

State regulation of flour prices, which had been in place since 1994, was stopped in Uzbekistan. The sale of flour at market prices ensures effective allocation of resources and competition in the markets, taking into account the interests of both producers and consumers.

Starting with the 2020 harvest, the practice of setting purchase prices for raw cotton is also abolished.  Mechanization of the industry, which replaces manual labor, is also being actively pursued in cotton growing.

Uzbekistan is an active participant in the implementation of climate-change related accords including Paris Agreement 2015 and Aral Sea agreements. It has adopted documents for environmental protection, transition to a green economy, solid waste management  and biodiversity conservation.

Uzbekistan is also making efforts to increase the forest area. Between 2010 and 2018, forest-covered areas increased from 6.63% to 7.26%. More and more land plots are transferred to the category of lands of the state forest fund as lands potentially suitable for forestry.