US to put murderer to death as federal executions spree continues 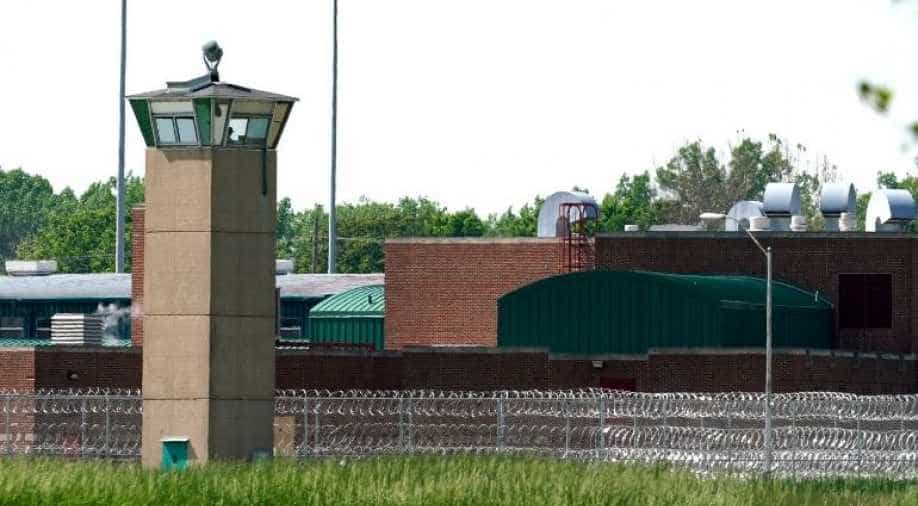 A correction officer keeps watch from a tower at The Federal Corrections Complex in Terre Haute, Indiana, U.S. May 22, 201 Photograph:( Reuters )

The US government plans to execute William LeCroy, a convicted rapist and murderer, on Tuesday, the sixth in a spate of federal executions after a long hiatus in capital punishment

The U.S. government plans to execute William LeCroy, a convicted rapist and murderer, on Tuesday, the sixth in a spate of federal executions after a long hiatus in capital punishment.

The Department of Justice says it will kill LeCroy using lethal injections of pentobarbital, a barbiturate, at its execution chamber in Terre Haute, Indiana.

Under President Donald Trump, who took office in early 2017 and has long been an outspoken advocate for capital punishment, the federal government has executed more men than all of Trump's predecessors combined going back to 1963.

Another execution is planned for Thursday, when Christopher Vialva, a convicted murderer, is set to become the first Black man to face the federal death penalty under Trump.

Trump's administration ended an informal 17-year-hiatus in carrying out the death sentence after announcing last year it would use a new one-drug lethal-injection protocol, replacing the three-drug protocol used in the last federal execution in 2003.

The new protocol revived long-running legal challenges to lethal injections. While a U.S. District Court judge, Tanya Chutkan, in Washington, D.C., last month sided with condemned men who sued the government, a three-judge panel of the U.S. Court of Appeals for the District of Columbia said the judge had made "insufficient findings and conclusions" in blocking the execution of Keith Nelson over an issue related to federal safety law on prescription drugs.

Chutkan has previously issued multiple orders halting planned executions while litigation continued, but which were soon overturned by the U.S. Supreme Court, whose conservative majority said that legal challenges to pentobarbital injections, which are also used by several state governments to execute prisoners, were unlikely to prevail.

On Sunday, Chutkan declined to halt this week's executions, saying the government's violation of prescription laws did not itself amount to "irreparable harm." She also ruled that the question of whether a condemned man would still be conscious after injection of the caustic drug and suffer agony as his lungs filled with bloody fluid prior to death was "one upon which reasonable minds could differ."

LeCroy was convicted and sentenced to death in Georgia in 2004 for the carjacking, rape and murder of Joann Tiesler, a 30-year-old nurse, after breaking into her home. He was caught two days later in Tiesler's vehicle at the U.S.-Canadian border with notes scribbled on the back of a torn map, according to prosecutors.

"Please, please, please forgive me Joanne," read one note by LeCroy, who misspelled the victim's name. "You were an angel and I killed you. Now I have to live with that and I can never go home. I am a vagabond and doomed to hell."