US suspends F-35 program deliveries to Turkey over Russian arms 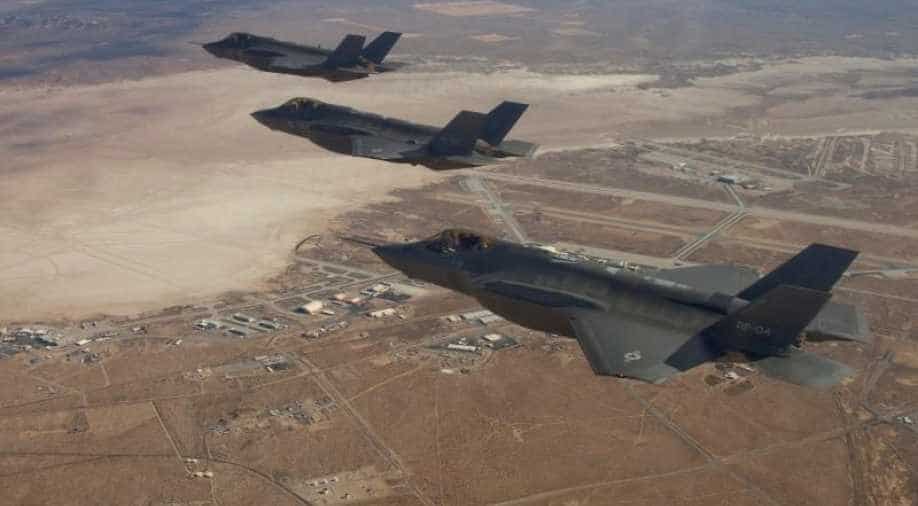 The United States said Monday it was halting all deliveries and joint work with Turkey on the F-35 fighter jet program after the NATO ally insisted on a major arms purchase from Russia.

After months of warnings, the United States said that Turkey's decision to buy Russia's S-400 missile system was incompatible with remaining part of the emblematic US warplane program.

"Until they forgo delivery of the S-400, the United States has suspended deliveries and activities associated with the stand-up of Turkey's F-35 operational capability," Pentagon chief spokesman Charles E Summers Jr said.

"Should Turkey procure the S-400, their continued participation in the F-35 program is at risk," he said in a statement.

US officials have voiced concern that, with Turkey in both camps, Russia could obtain F-35 data to improve the accuracy of the S-400 against Western aircraft.

The Pentagon said that it had started to look at secondary sources to produce parts for F-35s that were being developed in Turkey.

"We very much regret the current situation facing our F-35 partnership with Turkey, but the (Defense Department) is taking prudent steps to protect the shared investments made in our critical technology," Summers said.

Turkey had planned to buy 100 F-35A fighter jets, with pilots already training in the United States. The plane's manufacturer, Lockheed Martin, said that contracts with Turkish companies to build parts for the F-35 had been expected to reach $12 billion.

Among the eight Turkish companies involved in the purchase, Ayesas has been building a panoramic cockpit display for the F-35 and Fokker Elmo makes 40 per cent of the electrical wiring and interconnection system, according to Lockheed Martin.

The purchase of a Russian system is highly unusual for a member of NATO, the Western alliance forged to counter the Soviet Union.

The US suspension announcement comes two days before foreign ministers from the 29 members of the North Atlantic Treaty Organization are due in Washington to celebrate the 70th anniversary of the alliance -- and hours after President Recep Tayyip Erdogan's AKP party suffered a surprise rout in elections in major cities including Istanbul.

Erdogan, whose relations with the West have soured sharply as he cracks down on dissent at home, has increasingly looked to Moscow as a partner. Russian tourists have made Turkey their top destination, providing a vital economic boost.

"We have an agreement with Russia and we are bound by it," Cavusoglu told reporters.

Hoping to offer an alternative, the United States last year approved the sale of Patriot missiles to Turkey -- a deal to which Ankara said it was open.

Four senators last week proposed legally barring the transfer of F-35s to Turkey if it buys the S-400. One of the senators, Democrat Chris Van Hollen of Maryland, praised the Pentagon suspension and pledged to "continue working in the Senate to prevent this dangerous possibility from becoming a reality."

Rocky ties with US

Turkey's relations with the United States plunged last year when President Donald Trump imposed tariffs, battering Turkey's lira, over the jailing of an American pastor detained as part of a mass roundup following a coup attempt against Erdogan.

The pastor, Andrew Brunson, was freed and Trump appeared to grow fond of Erdogan, speaking to him before his sudden decision to withdrew US troops from Syria.

But tensions quickly resurfaced with the United States fearful that Erdogan will strike US-allied Kurdish fighters in Syria and a Turkish court trying a US consulate staffer, Metin Topuz, on charges of spying.

Topuz, a Turkish citizen, is accused of ties to Fethullah Gulen, a Turkish preacher who lives in self-imposed exile in the United States. Erdogan has repeatedly demanded that the United States extradite Gulen, whom the Turkish leader accuses of fomenting the coup.