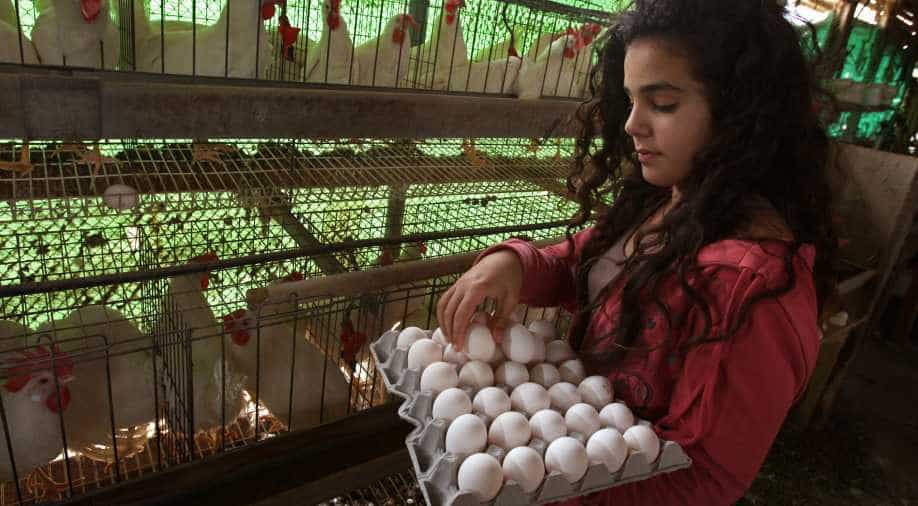 US trade representative's office previously said US annual exports of poultry meat to India could exceed $300 million once the restrictions are removed. (Representative image) Photograph:( Getty )

Follow Us
The United States is seeking trade sanctions against India after winning a dispute at the World Trade Organization (WTO) regarding Indian restrictions on imports of US poultry meat, eggs and live pigs, the WTO said on Friday.

The United States has requested a WTO meeting on July 19 to launch the claim for compensation, according to an agenda circulated by the WTO.

The agenda did not give any details, but the US trade representative's office has previously said US annual exports of poultry meat to India could exceed $300 million once the restrictions are removed, and are likely to grow substantially in the future as Indian diets and pockets grow richer.

The United States won the dispute in June last year, when the WTO's appellate body ruled that India's restrictions were discriminatory and based on unsubstantiated fears over bird flu. India had 12 months to comply with the ruling.

At the time, US secretary of agriculture Tom Vilsack called it a "major win for US agriculture" and said it would help keep markets open based on international standards.

The United States argued that it had not had an outbreak of high pathogenic avian flu since 2004, while India had 90 such outbreaks between 2004 and 2014.