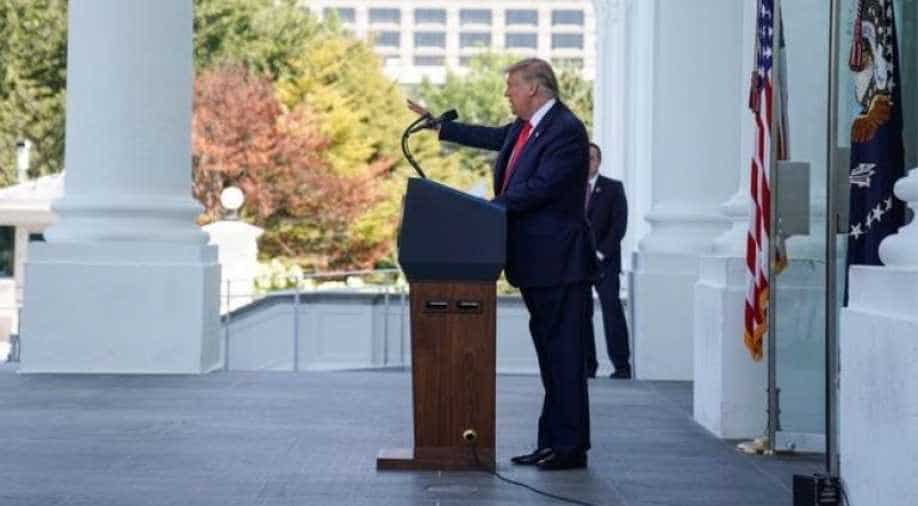 Ahead of the US elections 2020, the US President Donald Trump has issued a lost of the 'ideal' Supreme Court judges, with an aim to woo his voters.

Trump has shortlisted some potential nominees for country's highest court. The potential list, assumable, includes his political allies such as Ted Cruz of Texas, Tom Cotton of Arkansas and Josh Hawley of Missouri.

"Over the next four years, America's president will choose hundreds of federal judges and in all likelihood one, two, three and even four Supreme Court justices," Trump told reporters at the White House.

Also read| US election 2020: White House ordered me not to report Russian meddling in polls: Whistleblower

"The outcome of these decisions will determine whether we hold fast to our nation's founding principles or whether they are lost forever," he added.

Experts believe the list of potential candidates is Trump's attempt to woo his Republican voters ahead of the upcoming US elections.

Trump has claimed that if he wins the elections he will see to it that the appointed judges do justice to their position. He alleged that his rival, Joe Biden, will appoint judges who would be extremely radical and would"erase" the Second Amendment giving Americans the right to bear arms and "require taxpayers to fund extremely late term abortion."

"They will remove the words 'Under God' from the Pledge of Allegiance, they will unilaterally declare the death penalty unconstitutional," he added.

Trump feels nominating the Supreme Court judges is one of the most important tasks of the US President — a post he is hoping to get re-elected for in the November elections.

Trump has appointed two conservative justices since taking office — Neil Gorsuch and Brett Kavanaugh — which has resulted in a majority of conservative party in the court.