US and Japan affirm cooperation over Taiwan emergency 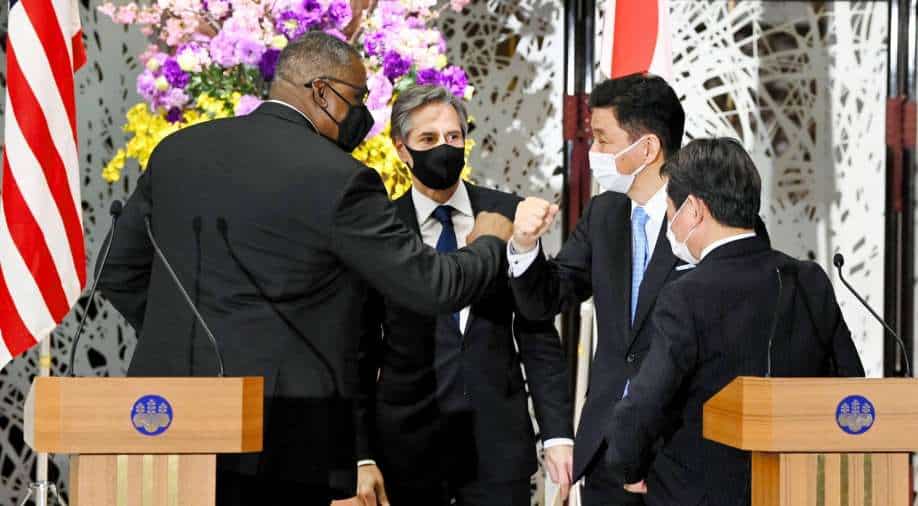 China regards Taiwan as a renegade province awaiting reunification, by force if necessary. To this end, Tokyo’s policy on China-Taiwan relations has always been to encourage dialogue for a peaceful solution to cross-strait tensions.

The United States and Japan have decided to closely cooperate in the event of a military clash between China and Taiwan, a report said on Sunday.

According to Kyodo News, US Secretary of Defence Lloyd Austin brought up the issue when he met with Japanese Defence Minister Nobuo Kishi on March 16 -- although there was no discussion on the specifics of how the two countries should coordinate responses to such an emergency, the news outlet reported.

Japan has historically refrained from commenting on potential emergency situations in Taiwan in relation to China and its stance remains to "encourage dialogue for a peaceful solution to cross-strait tensions," Kyodo said.

Austin and US Secretary of State Antony Blinken met their counterparts in Tokyo last week in what was the first overseas visit by top members of President Joe Biden's cabinet.

Also read | China lashes out at US, Japan, says both colluding 'to interfere in internal affairs'

In a joint statement issued with Japan, Austin and Blinken said, "China's behaviour, where inconsistent with the existing international order, presents political, economic, military and technological challenges to the alliance and to the international community."

Taiwan and mainland China have been separately governed since they split as a result of a civil war in 1949. China regards Taiwan as a renegade province awaiting reunification, by force if necessary. To this end, Tokyo’s policy on China-Taiwan relations has always been to encourage dialogue for a peaceful solution to cross-strait tensions.

In the earlier meeting with Austin, Kishi had referred to a recent increase in the number of Chinese warplanes crossing the median line in the Taiwan Strait and a need to study ways for the Self-Defence Forces (SDF) to cooperate with US forces defending Taiwan in the event of Beijing’s aggression.